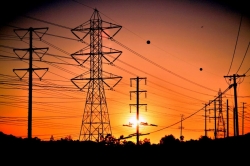 Opponents call the decision a formality that was expected, since the appeal was filed through the same agency that already approved the earlier decision, and say the action clears the way for a lawsuit to be filed.

“The logic and rational behind the Forest Supervisor’s decision are clear and well documented,” said Moore. “I believe all applicable laws, regulations and policies have been complied with and that public concerns have been appropriately addressed in the Environmental impact Statement.”

The project may be implemented 15 business days after Moore’s decision letter, which was dated October 14th. This is the final administrative determination of the U.S. Department of Agriculture, which includes the Forest Service.

Laura Cyphert, co-founder of the East County Community Action Coalition, a coalition of 79,000 people opposed to the Powerlink project, called the decision “just a formality.” She added, “The good news for us is that now that the appeal process is completed, we can move forward into court.”

“We expected and prepared for the Regional Forester’s denial of our appeal,” agreed Donna Tisdale, a Boulevard planning group member and founder of Backcountry Against Dumps, a group opposed to the Powerlink project. She noted that opponents were required to exhaust administrative remedies prior to filing a lawsuit, then added, “Our attorney is ready to take the next step, which may be litigation.”