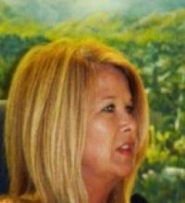 December 6, 2012 (El Cajon) – “What I did was so shameful, and I will have to live with what I did for the rest of my life,” former El Cajon Councilwoman Jillian Hanson-Cox stated tearfully at her sentencing hearing last Monday.  Federal judge Michael Anello sentenced her to 30 months in prison after she admitted embezzling money from her former employer and failing to report the income to the Internal Revenue Service (IRS).  Hanson-Cox is also ordered to pay more than $3.6 million in restitution to her ex-employer, Century Design Inc. (CDI) and another $1.2 million to the U.S. Treasury.

“While embezzling millions of dollars from CDI, former Councilwoman Hanson-Cox not only traded on her reputation as a public official but also betrayed every citizen who expected her to act honestly in both her private and public affairs,” said U.S. Attorney Laura Duffy.

Federal Bureau of Investigation (FBI) Special Agent Daphne Hearn made clear that Hanson-Cox “unjustly enriched herself at the expense of those who trusted her the most.”

More than 100 letters of support for Hanson-Cox were received prior to sentencing and many attended the court hearing in solidarity with the popular community leader.  Some have speculated that while misguided, she may have viewed herself as a Robin Hood figure since substantial portions of the stolen funds were used to hire celebrities to delight children at the Mother Goose Parade, of which Hanson-Cox served as President.

“Every sector of the community is here to support her,” Councilman Bob McClellan said, the U-T San Diego reported. Others wrote to attest that Hanson-Cox changed their lives for the better and provided inspiration.  Judge Anello cited her broad community support and lack of criminal record in his decision to impose a shorter sentence than the maximum allowed by law.

But at the sentencing hearing, it was revealed that Hanson-Cox also spent embezzled funds on lavish personal items including $67,000 at Nordstrom’s, another $67,000 for clothing at St. John’s Knits, $30,000 each for a Porsche and a Harley-Davidson motorcycle. She also bought a boat, trailer, landscaping at her home, and a vacation at a Beverly Hills hotel-spa.

She pled guilty to mail fraud and filing a false tax return after stealing from CDI, where she worked as the company’s controller. The plea came as a shock to many in East County who knew and trusted the popular Councilwoman known for her charitable endeavors.

But Bob Basso, who owned CDI at the time of the crimes, the punishment was not severe enough.  Hanson Cox’s theft forced the company to not give raises to its workers and ultimately led to sale of the company at a diminished price, he has said.

“It’s a sustained, vicious raid on the lifeblood of a small, trusting family company. I took no salary for several years just to run the company and keep everybody employed,” Basso stated, ECM News partner 10 News reported.

Hanson-Cox is expected to serve time in a minimum security facility in Arizona. The Judge allowed her to spend the holidays with family and start her sentence in mid-January.

I think her house should be sold to get some of the money back. Her husband had to know. Also I dont think the Mayor should be sticking up for her, She is a thief.