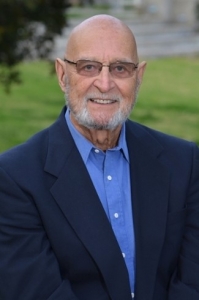 March 28, 2018 (Rancho San Diego) -- From his own experience as a community college student to his time as president of Cuyamaca College, Sam Ciccati knows firsthand the transformative value of education.

Through his $1 million gift to the Grossmont-Cuyamaca Community College District announced Tuesday night, scholarships and assistance will be offered to Cuyamaca College students for years to come.

“I hope with this gift there will be students who would never get to college who will now get to go,” Ciccati said. “Then they’ll be successful and pass this on to the next generation.”

The gift, the largest ever received by the East County college district, was announced at the district’s Governing Board meeting. The agreement calls for Ciccati to fund the donation over 10 years, creating an endowment that will allow the college to receive the money in perpetuity.

District Chancellor Cindy L. Miles noted that Ciccati’s gift will complement the college district’s effort to open the doors to higher education for more students through the Grossmont & Cuyamaca College Promise scholarship, which will offer a free year of college to first-time, full-time students beginning this fall.

“We’re thrilled that Dr. Ciccati is once again showing his commitment to the East County community through this generous gift,” Miles said. “He will be changing the lives of thousands of students and their families.”

Ciccati himself is a community college success story. The ninth of 12 children born to immigrant parents, he was working at an SDG&E power plant in National City to help support his family when his boss prodded him to enroll in college classes.

He attended San Diego City College part-time for two years before he transferred to San Diego State University. He earned his bachelor’s and master’s degrees from SDSU, and later received his doctorate degree from United States International University.

Ciccati began teaching, then became a counselor at Grossmont College until he was named a vice president of the college in 1976. In 1984, he was selected as the second president of Cuyamaca College, serving until 1993. Ciccati said his background and work demonstrated how community colleges can transform lives.

Ciccati had been supporting students at the colleges even before his recent donation. He funded four scholarships for students at Cuyamaca and Grossmont colleges through a fundraising campaign matched by the Bernard Osher Foundation that allows the scholarships to continually be offered each year. Ciccati’s brother, Daniel, who died in 2010, also funded a scholarship.

Ciccati has also endowed four scholarships at the San Diego State University College of Education and one in men’s basketball.  He also endowed a scholarship at the Monarch School, a school for homeless children in San Diego.