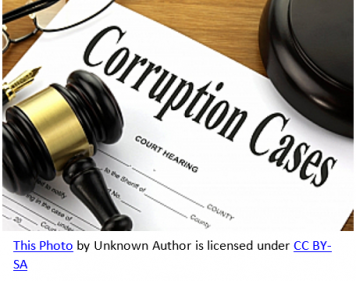 January 28, 2022 (San Diego) – The former chief deputy for information systems in the San Diego County Assessor/Recorder/ Clerk’s office has been charged with steering county contracts to his wife’s company from 2017-2020.

According to the San Diego County District Attorney, Rolf Bishop, 73, violated the county’s ban on conflicts of interest, which prohibits county employees from having a financial stake in contracts they make on the job.

Bishop has pleaded not guilty.  If convicted, he could be sentenced to up to three years in prison, the San Diego Union Tribune reports.

The District Attorney’s Office said Bishop then approved the invoices for work done by her company. They said the couple may have profited in the hundreds of thousands of dollars; the exact amount will be revealed during the criminal case.

The County’s Office of Ethics Compliance reportedly referred the case for prosecution.

Barbara Bry, a candidate running for the County Assessor/Recorder/Clerk position currently held by Ernest Dronenberg, calls news of the alleged financial corruption “alarming,” adding, “I am furious that a county employee allegedly used his connections to essentially loot the public treasury and misuse our tax dollars for his own gain.”

Bry is calling for answers to these key questions:

1) Was there a competitive, transparently and properly vetted process for these contracts?

2) How did this alleged theft of your tax dollars go undetected, and where were the “checks and balances” we expect from any well-run public agency?

3) What is the San Diego County ARCC office doing now, to uncover the extent of the alleged corruption, make sure any wrong-doers are held responsible, and put the right system in place to make sure it never happens again?

has let the County Assessor/Recorder/Clerk office go down hill since his election. time for him to go!!!