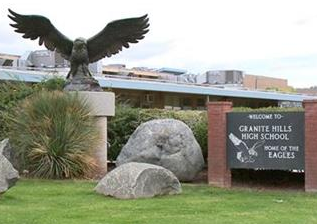 The district did not identify the teacher, citing privacy rights. However, ECM news partner NBC 7 reports that El Cajon Police Lt. Keith MacArthur identified the teacher as Gerald Lopez. The district’s website lists Lopez as an English teacher. The website HomeTeamsOnline states that Lopez chaired the school’s English department and also coached multiple sports including wrestling and football. He is a graduate of San Diego State University, the site indicates.

Lopez was arrested for possession of obscene material of a minor in a sexual act, harmful matter sent with interest to seduce a minor, and annoying or molesting a victim under the age of 18.

A press release issued by the GUSD states that the district learned of the sexual misconduct allegations on June 14 and immediately notified law enforcement as well as Child Welfare Services.

“We then conducted a prompt and thorough investigation. As a result, the employee no longer works for the Grossmont Union High School District,” the release states.

The district concludes, “We thank our partners in the El Cajon Police Department for their efforts to keep our schools and community safe. There is nothing more important to us than the safety of our students. We condemn all acts of sexual misconduct, take all such allegations very seriously, and are committed to taking swift and appropriate action to ensure the safety of our students just as we’ve done in this case.”