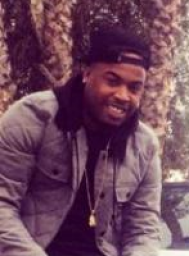 Update as of January 19 - The Los Angeles Police Department has captured the suspect, Brian Anthony Gonzales, and arrested on suspicion of murder.  Police have also identified the female victim as Emily Ann Fox, 22, of Winnetka.

The shooting took place in the 7600 block of Oso Avenue in Winnetka around 4:00 p.m., According to the Los Angeles Police Department, a woman called 911 and said her ex-boyfriend was at the home and was armed.  Police found the woman dead at the scene, along with Scott, both of gunshot wounds.

Scott was a star football player at Monte Vista High School in Spring Valley in 2008 and 2009, where he played as a running back and defensive end. He made the Hall of Champions’ All League Team both years.

He was also one of several victims in a widely-publicized alleged hate crime in  Deerhorn Valley in 2008, when a friend of his was violently beaten and suffered serious injuries.  The case sparked outrage after the District Attorney declined to file hate crime charges, citing trouble determining who was involved. A misdemeanor charge against the party’s host was ultimately reduced to disturbing the peace.

Scott and several other victims later filed a civil rights suit over what their attorney called a racially motivated attack targeting the African-American teens, 10 News reported in 2010.  The outcome of that suit is not immediately available.