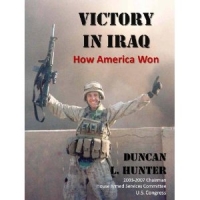 December 7, 2010 (La Mesa) – Former Congressman Duncan Hunter (father of the current Congressman) is the author of a new book, Victory in Iraq: How America Won. He will be signing copies of his book on Saturday, December 18 from 3-6 p.m. at Maxwell’s House of Books at 8285 La Mesa Blvd. in La Mesa. 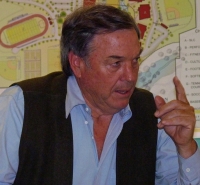 "As the Chairman of the Armed Services Committee in the House of Representatives for most of the Iraq War, Duncan Hunter not only participated in the major debates in Congress concerning the war. . .he led them,” retired U.S. Marines Brigadier General Terry Paul stated in a book blurb at Amazon.com.  “Hunter knows the story of the Iraq War from the inside like no one else.” Paul added that the book is "well-documented and “exciting reading.”

The war has resulted in 4,408 deaths and 31,394 injuries to U.S. troops since its inception, the Defense Department reports. An estimated 100,000 Iraqis have been killed. About 50,000 troops remain in Iraq as peacekeeping forces, though some violence from insurgent forces continues to occur.  Locally, some Iraqi Chaldean Christians have faulted the war for exacerbating  persecution of Christians in Iraq. The major stated reason for going to war –a belief that Iraqi dictator Saddam Husseim had weapons of mass destruction that threatened the U.S.—was later debunked through documents leaked in the British press.

The war did succeed in toppling Husseim’s regime, with mixed results in the region as well as the impact on international relations. Perhaps mindful of former President George W. Bush’s premature “Mission Accomplished” declaration years before combat operations ceased, President Barack Obama stopped short of declaring victory on September 1st when he addressed the nation about stopping U.S. troops taking the lead in combat operations in Iraq.

Hunter contends that the war brought freedom to 25 million people in Iraq and that thus far, the government that the U.S. supported to replace the Hussein regime has held.

While some may question Hunter’s characterization of the war as a clearcut victory for the U.S., even critics can salute the bravery of individual soldiers profiled in the book. Paul said of Hunter, whose sons served in the Iraq War, “His detailed accounts of heroism bring to the front the courage of American warriors."

For more information on the book, see

For more information on Maxwell’s House of Books, visit http://www.amazon.com/Victory-Iraq-How-America-Won/dp/158571397X.