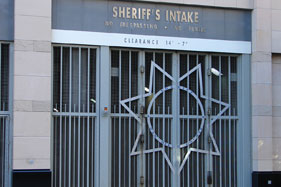 East County News Service
May 17, 2019 (El Cajon) – The Sheriff’s Department arrested Dustin Sniff, a.k.a. Dustin Stevens, a former teacher at Christian High School in El Cajon, on May 15. He is charged with rape and sexual assault of a minor. Six victims ranged from 16 to 22 years of age, including two of his students.
Some of the other victims knew Sniff through a photography modeling website called Model Mayhem.
“All of the assaults were non-consensual in nature,” says Lt. Chad Boudreau, who adds that none of the assaults occurred on campus.
Fox 5 reports that the alleged assaults spanned a decade, from 2007 through 2017.
If you have any information about these cases or have been the victim of similar crimes involving Dustin Sniff, please call the Sheriff's Sexual Assault Unit at (858) 285-6222.