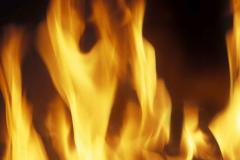 August 12, 2009 (Alpine) – Four small fires are burining along Eastbound Interstate 8 between Old Highway 80 and Tavern Road, near the community of Alpine (TB Map 1233) between the Dunbar and Tavern Road exits.

“The spread of all four fires has been stopped,” CAL FIRE spokesperson Roxanne Provaznik reported at 4:45 p.m. “Two of the fires have been contained.” The largest of the fires is currently under an acre.

Cause of the fires, which began shortly before 3 p.m., are under investigation.

“ Our Air Tactics Plane has searched the area to the east and has found no additional fires,” Provaznik said, adding, “Firefighters are working on gaining full control of the fires and mopping up any remaining hotspots.”