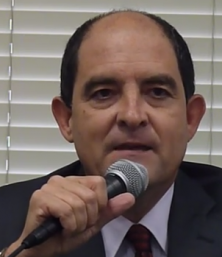 May 18, 2019 (La Mesa) — The California Fair Political Practice Commission has sent a warning letter to Bill Baber for failing as treasurer of the Better East County Committee to file a timely 24-hour contribution report during the November 6, 2018 election. Baber, a La Mesa City Councilman and member of the San Diego Ethics Commission, could be fined up to $5,000 per violation, the Feb. 6 letter states.

According to the San Diego Reader, the Better East County Committee raised $30,000 from Oct. 31 to the end of last year including $20,000 from the Associated General Contractors’ Infrastructure PAC and $4,000 from the Building Industry Association of San Diego PAC.

The Committee made independent expenditures to numerous Republican politicians including Santee Councilmembers Ronn Hall, Laura Kovall and Rob McNellis, as well as John Olsen, who lost his race for the Grossmont Cuyamaca Community College District.

Asked about the FPPC warning letter, Baber sent this response on May 16 to East County Magazine:  “This was a routine matter. A warning letter without a fine is the lowest possible contact from the Fair Political Practices Commission. Every election, for the past twenty five years,  I have filed hundreds of these documents on behalf of my clients and occasionally one is filed late for a wide variety of reasons.”

This is not Baber’s first violation.  The San Diego Union-Tribune reported in 2011 that as treasurer of the “Yes on Propositions A, B & C” committee, Baber accepted responsibility and paid a $10,000 fine for providing inaccurate information about a contribution and then failing to identify the Sycuan Band of the Kumeyaay Nation as a major donor in advertising. Those violations were discovered in a random audit by the Ethics Commission of which Baber is now a member.

The Reader reports that “Lack of transparency by the local group, including closed-door deliberations on fines and penalties and failure to release warning letters, has drawn growing criticism.”

Baber’s term will expire at the end of June, or until a successor is appointed and confirmed, the Ethic Commission website indicates.