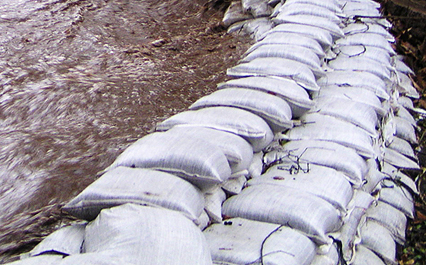 With more rain expected this week, and months of winter still ahead, residents in unincorporated areas can get free sand and bags to help protect their properties from possible flooding and erosion.

Rain can increase the risk of flooding and soil erosion, especially in places not covered by lawns, trees, shrubs and plants. Rain can carry water runoff, mud and debris downstream and damage homes, clog storm drains and culverts, and flood and damage roadways.

Locations for free sand and bags are listed below; just bring a shovel to fill the sandbags. 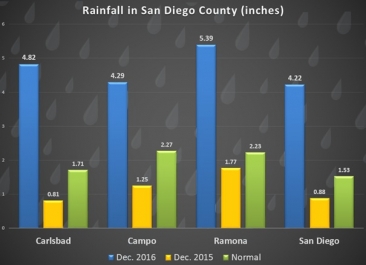 The San Diego County Flood Control District’s ALERT Flood Warning System measures rain gauges, stream gauges and weather stations across the county. A cumulative read of 96 gauges and stations showed the county received slightly more than double the rainfall in December 2016 than it got in December 2015.

Residents who live in incorporated areas can contact their local fire departments or cities to see if they are offering free sand and sandbags.

For more information about how to be prepared for flooding, go to the County Office of Emergency Services Flooding Preparedness Facts and Resources webpage.

You may also want to check out this how-to video — “You’ve Got Your Sandbags; Now What?” — that we put together last year before El Niño. It explains how to properly fill and use sandbags to protect your property!