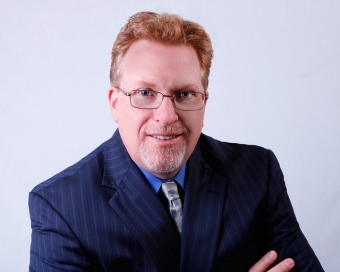 In response, attorney Cory Briggs has sent Supervisors a letter on behalf of the Project for Open Government threatening legal action unless the County revises the policy. While condemning infamous abusive comments recently made in a public meeting, Briggs contends that the new law goes too far and violates both state and federal constitutional rights as well as California’s open government requirements under the Ralph M. Brown Act.

Supervisors’ actions were triggered after Jason Robo made public comments during a meeting suggesting that one supervisor should be hung off a tree, wished harm on a second supervisor, and called the County’s public health officer, who is Black, an “Aunt Jemima.”  That speaker was one of an increasing number of public participants who have disrupted meetings with at times, shouting and abusive remarks.

But any road to limiting free speech is fraught with pitfalls, given First Amendment rights and state laws mandating access for citizens to speak at public meetings.

What the ordinance does

The policies are slated to take effect starting at the Wednesday, Nov. 16 board meeting.

Supervisors  Nathan Fletcher, Nora Vargas, and Terra Lawson Remer voted in favor of the changes. Supervisor Jim Desmond was not present due to a pre-planned trip. Supervisor Joel Anderson voted against.

Anderson stated, “I condemn the racist and outrageous comments that have been made at past board meetings.” But he added, “I also fear excluding people who rely on us from having a seat at the table.”  He said it’s unfair to restrict people who have driven long distances to just one minute to address their elected officials on issues that affect their lives.  “We’re allowing the heckler’s voice to force our hand to shut down legitimate input.”

Fletcher said the action was needed to “ensure we can have a safe and healthy environment to conduct the people’s business while allowing full public participation…It’s now time for us to get back to work on the real issues our region faces.” 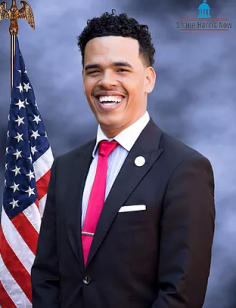 Rev. Shane Harris, President of the People’s Association of Justice Advocates, praised the majority of Supervisors for passing the policy but wants the county to go farther, requesting a review of the statements made by Robo to determine if they overstepped freedom of speech rights.  “Racial incitements put county employees and attendees in harm’s way,” he said. ”Ensuring that it is clear that racial incitements are actually violent in nature and therefor put the chambers in danger should bring about consequences for the people who do these acts.”

Briggs says his client condemns speech that is intended to be disparaging, humiliating, intimidating threatening, or hurtful toward others. But he argued in his letter, “Such statements can never be used to rationalize a violation of the law—no matter how objectionable the statements might be.”

Briggs asked Supervisors to confirm in writing that “violations” identified in his letter will not occur at Wednesday’s meeting, when they are slated to take effect.  “If you fail to do so before the next opportunity for public comment,” he warns, “my client will pursue all legal and equitable remedies available to it.”

This is what happens when people say things they can just because they can, and not because they should. The recent irresponsibility of Trumpers and Anti-vaxxers has led to this scar on our democratic system, such that order must be preserved against their contempt. It is not their positions per se (even as those are daft), but rather it is irresponsible abuse of public speaking time and open racism that has hurt us all. We have to do something so that the business of government can go on, and to protect our democracy from those who would see it burn. We need to at long last complete reconstruction, honestly.
another talking head only out to make a buck