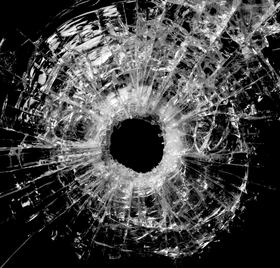 November 5, 2015 (San Diego’s East County)—Shots fired from a dark SUV that pulled alongside a Lexus traveling east on I-8 at Los Coches Road in unincorporated El Cajon at 12:57 a.m., injuring the driver and passenger.

The driver of the Lexus, a 43-year-old woman from Alpine, and her passenger, a 31-year-old man, were transported by ambulance to Sharp Memorial Hospital with non-life threatening injuries.

The freeway was shut down temporarily during the investigation.

According to Officer Kevin Pearlstein with the California Highway Patrol, at least seven rounds were discharged. No descriptions have been given of the suspects. The SUV reportedly was traveling in the #1 lane and pulled up next to 1995 Lexus LS400, which was in the #2 lane, after the Lexus passed Los Coches Road.

The investigation is ongoing and anyone with information is asked to please contact the CHP El Cajon Area Office at 619-401-2000.