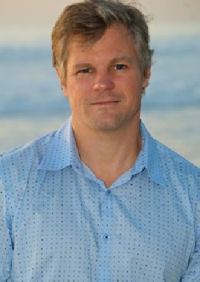 By Rick Rogers
July 21, 2012 ( San Diego) -- With numbing regularity the Defense Department rolls out another report on heartbreakingly high rates of troop suicides.
Lately the numbers grow worse just when you think they should turn better. The military counted 154 suicides in the first 155 days of the year.
News from the Department of Veterans Affairs is no better. Eighteen veterans a day kill themselves. Yes, you read that correctly, 18 veterans kill themselves each and every day. That is one every 80 minutes, almost 6,600 a year.
Veterans and service members make up 9 percent of the population, yet account for nearly 25 percent of the country’s suicides.
After these reports are published, panels of military leaders with more stars on their collars than twinkle in the night sky assemble before Congress.
And as predictably as Saturday morning cartoons, these leaders gnash their teeth over the carnage that despite their Herculean efforts goes unchecked.
If only they knew the reason. If only...
By now these snivel sessions are as ritualized as Kabuki Theater and just as staged.
The Pentagon knows perfectly well why the suicide numbers are so high.
The reason, as incredible as it sounds, is no one ever bothered to find the answer to the single most basic question: Do these programs work?
The Defense Department loathes to admit – and I doubt Congress pushes the point since it failed to provide meaningful oversight – but it’s been perpetrating a kind of fraud for a decade.
Not until the spring of 2011 did the Pentagon disclose that it had no idea whether any of its anti-suicide programs —- by some accounts 900 of them —- worked.
And only then because a Rand Corp. study titled, “The War Within, Preventing Suicide in the U.S. Military,” ferreted out the extreme negligence.
It’s no stretch to say that if the Pentagon didn’t know than neither did the VA.
So, after a decade of horrible suicide numbers, the Defense Department will finally learn what it should all ready known.
In roughly two years – that’s about 12,000 suicides from now -- the Pentagon and the VA might actually have data that supports what they’re doing.
But suicide isn’t the only hugely important medical issue where the VA and Pentagon are informationally challenged.
The first thorough assessment on treating Post Traumatic Stress came out last week.
Guess what was found?
The VA and Pentagon are again as lost on Post Traumatic Stress as they were on suicide prevention.
No data exists showing whether any of their Post Traumatic Stress programs work.
The report by the Institute of Medicine also found that just 40 percent of troops and veterans testing positive for PTS were referred for care.
I don’t know the legal definitions of medical fraud or criminal negligence, but these festering omissions must violate moral or ethical cannons and surely the unwritten obligation one man owes another.
Rick Rogers has covered defense and veterans issues for nearly 30 years. He hosts Front & Center: Military Talk Radio Sundays, 11 to noon, Pacific Time, on KCBQ AM 1170 (www.kcbq.com). Podcasts at www.DefenseTracker.com. Contact him at (760) 445-3882 or Rick.Rogers@defensetracker.com