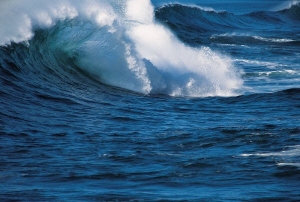 November 16, 2014 (San Diego) – An oceanographer who has studied plutonium levels in the Black Sea after Chernobyl reports that small levels of radiation from the Fukushima nuclear power plant meltdowns in Japan have now reached waters off America’s west coast.

Ken Buesseler, a PhD who specializes in studying marine radioactivity at the Woods Hole Oceonographic Institution, published his comments in the New Reddit Journal of Science AMA Series.

No federal agency in the U.S. took on the task of measuring the radiation levels or funding scientists to do so, despite the 2011 Fukushima meltdowns following a massive earthquake and tsunami and scientists’ predictions that radiation would reach North America by 2014 or 2015. So scientists launched a crowd funding campaign and organized citizen scientist volunteers to sample the west coast from San Diego to Alaska and Hawaii testing for signs of Fukushima radionuclides identified by measuring cesium isotopes. http://OurRadioactiveOcean.org

While the radioactive cesium-134 has not yet been found on our beaches, small amounts of radioactivity from the Fukushima Dai-ichi nuclear disaster have been found in the ocean about 100 miles west of Eureka,  off the shore of northern California.

But he assures that it’s still safe to swim offshore, since even swimming six hours a day for a full year would exposure you to less than single dental x-ray.  “It will not deter me from swimming in the Pacific,” the oceanography expert concludes.