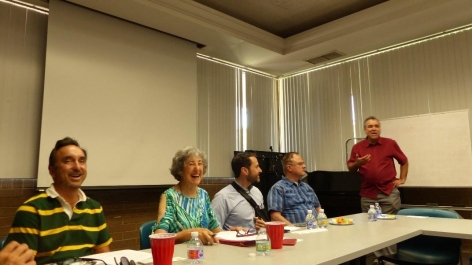 By Miriam Raftery
August 1, 2019 (El Cajon) – “We’re not interested in headlines today  We’re interested in the long-term,” George Gastil, founder of the East Count Leadership  Council, told a capacity audience at the El Cajon Library at a July 27th regional issues forum.
Moderator Dana Quittner, past president of the East County Economic Development Council, said of the forum  in the El Cajon Library community room, “It’s a community conversation about things that are important.”
All three panelists have worked at multiple levels of government:
Each panelist was first asked to address three big issues:  How to make East County more affordable for residents, how to balance housing and jobs, and how to protect our environment as well as enhancing our quality of life. 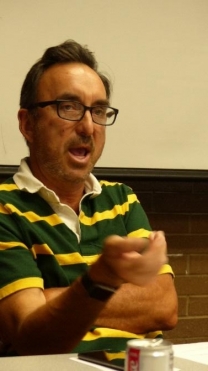 Gracyk said he’s worked to make government more transparent, moving Helix Water Board meetings to evenings and hopes to get meetings broadcast online in the future.  On affordability, he stated, “It’s not just the cost of housing,” but also the costs of utilities, transportation and water. With San Diego at the end of the water supply pipeline, costs to the district have gone up each year, though the board has tried to minimize rate increases. Long-term, the Pure Water treatment project that several East County communities are funding will provide up to 30% of water from a local source: recycling This assures supply in case of earthquake or drought, he notes. Quittner pointed out this can also help attract biotech employers to East County, since they need water. 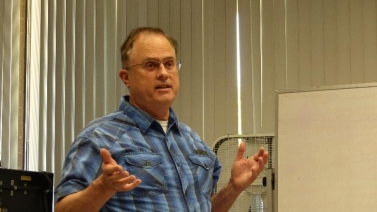 Kendrick said, “We all have the same goal: safe, affordable housing.”  Demand is high since everyone wants to live in the San Diego area, yet there are federal, state and local challenges. “El Cajon has done some smart growth,” he said, noting that the city has rezoned a triangular area between the trolley,  El Cajon Blvd. and Marshall to allow mixed use, with housing on top and retail on the lower level. Online shopping has reduced demand for retail, he notes.  El Cajon also has the second lowest development fees in the county to encourage more affordable housing construction and has hired an inspector for housing projects. The city encourages tenants to report problems such as rats, which can be done anonymously and it’s illegal for a landlord to evict someone for this.
“We hired a housing navigator who has placed 60 homeless people into permanent housing,” Kendrick added. Some were reunited with relatives by being given bus passes, while others were placed in shelter. The East County Transitional Living Center has a program at a ranch for homeless people to “dry out” from alcohol/addiction and jobs training.  “I hired some guys” from the program, said Kendrick, who has also rented rooms to graduates of the program.  “They’re so grateful that someone gives them a chance.” There is also a program to help get homeless children into schools.
Smart growth and building housing near the trolley stop helps with the environment by reducing greenhouse gas emissions, part of the climate change plan the city has recently adopted.
As for quality of life, the city invested millions of dollars to refurbish the former East County Performing Arts Center reopening in September as the Magnolia Center under management of live nation. “Everything turns to gold under them,” he says. The city also invests in festivals such as American on Main and Hauntfest.  “Poor people aren’t bad,” says Kendrick, noting that El Cajon has a lot of poor people because housing in the city is more affordable than in much of the region.  “These kids can’t afford to go to the Del Mar Fair, but they can go to America on Main Street. We spend $100,000 a year on that and that’s our gift to the people of El Cajon.” 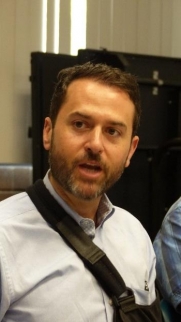