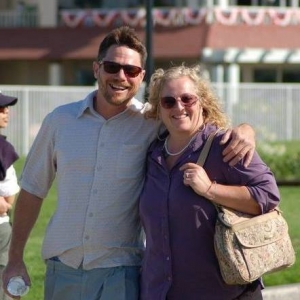 August 30, 2014 (Descanso) – Julia Elizabeth Hills, 53, was killed in a motorcycle crash on State Route 79 in Julian on August 24th.  Her husband, Norman "Scott" Allen, broke his hip and suffered a compound break in his right leg in the crash. Hills is survived by her son, Chuck, as well as her mother, two sisters and a brother serving in the mlitary in Iraq.

Ericka Dehoyos, a friend of the famliy, has set up the Norman "Scott" Allen fund.  "They need financial help in burying the love of his life as well as his medical bills and help so he doesn't lose his home and what he has worked for," Dehoyos states.  To donate, visit http://www.gofundme.com/djq08k.

She adds that the couple had a "big heart" and were known for helping others.  Scott owns a small business, Allen Electric, and Julia had recently begun working for the U.S. Postal Service.

Services for Julia will be held Saturday, September 6 at 2 p.m. at the Community Full Gospel Church, 1727 Donax Street, Imperial Beach.

A motorcycle rally on November 8th is also being organized in memory of Julia.

According to the CHP, the motorcycle crossed the center line, then swerved to avoid an oncoming vehicle and struck a tree.  Both the driver, Scott, and passenger, Julia, were ejected. The Julian/Cuyamaca Fire Department and the California Highway Patrol responded to the scene, but Julia, 53, was declared dead at the scene of her injuries.