October 12, 2021 (Santee) – The Cessna plane that crashed into a Santee neighborhood yesterday, killing the pilot and a UPS driver, also ignited fires that destroyed two homes and left one couple hospitalized with serious burn injuries.

Two GoFundMe sites have been set up to help the injured couple, Phil and Maria Morris, and their neighbors, Cody and Courtney Campbell. 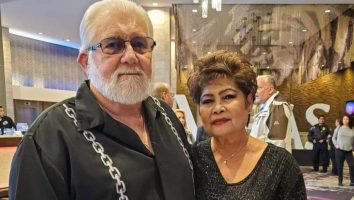 Danielle Slaff started the fundraising page for her grandparents, who are recovering from third and second degree burns.

The 30-year Santee residents are retirees who “ enjoy spending time with their family and friends in their community of Santee. They both care deeply about family and are the type of people whose door is always open,” Slaff wrote.  “Not only did they lose all of their earthly possessions, they also lost their beloved dog, Roxie.”

The couple’s son, Jimmy, posted an update stating both are expected to recover, but suffered burns on their heads, faces, arms, and hands; Phil also has burns on his legs. They could remain hospitalized at UCSD Medical Center for weeks before starting over in a rental home while their house is rebuilt.  Their identification was destroyed in the fire and until they can get to a DMV office, they lack access to funds, their son stated.

He added, “The family would like to personally thank everyone involved, first responders the heroes that pulled them out of the burning building, everyone who is wanted to extend their prayers and well wishes as well as everyone who has opened their hearts to our family and a special thank you to everyone who has donated to help get them the help that they need to rebuild their lives.” 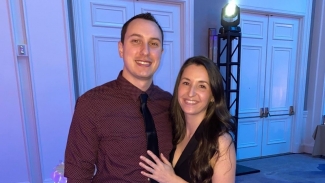 Jessica Molnar organized the online fundraiser for the Campbells.  She wrote, “They were both at work when it happened so thankfully no one was hurt but their house and all their personal belongings are gone.”

The couple needs monetary donations to assist them with temporary housing, clothing and other essentials.

“These two always show nothing but kindness and support for those around them,” Molnar concludes. “Let’s show them how much they’re loved and make sure they land on their feet.”