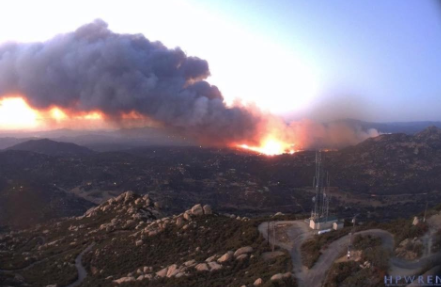 September 9, 2020 (San Diego’s East County) – Twenty homes have been lost in the Valley Fire. Friends and family have established GoFundMe accounts for eight of the survivors who lost homes. Jenny Perillo at GoFundMe says seven of these” have been “reviewed by our Trust & Safety team here at GoFundMe.” The eighth was verified by a local news station that interviewed the owner of a horse rescue ranch destroyed by the flames. 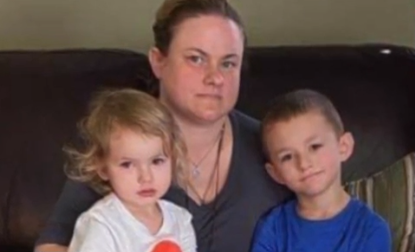 By the time Kimberlee Jones, a single mother, smelled smoke and saw flames, she had time only to grab her two children, ages 3 and 5, and their dog. She drove them to safety, then tried to come back with a trailer to rescue her horses, but was blocked by deputies from doing so.  Fearing the worst, she learned from a rescuer that all 11 horses were safe in their paddocks, but her home burned to the ground. She needs funds to rebuild, but says, “"The things I could never replace are alive and well,” 10 News reports.  She has insurance, but faces a long road to rebuild.

BLAKE CAMPOS HAS NO INSURANCE:  LOST HIS BUSINESS AND HOME

Blake Campos, his girlfriend, Alex, and dog Oatis escaped the flames unharmed but lost all of their belongings and memories when fire destroyed their home, which also housed Blake’s business.  “Their home and all of their belongings are NOT covered by insurance as fire insurance is next to impossible to get to get in this rural of an area in San Diego,” says his sister, Blake Campos, who hopes to raise funds and perhaps find a donated fifth wheel trailer for them to live in for now. “Devastation is an understatement.” They also need clothes, food, and household goods. 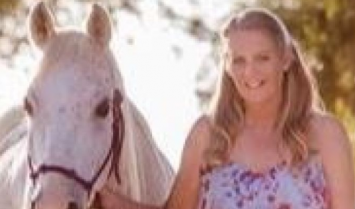 Patty Hyslop started Hyslop Horse Haven in Jamul over 20 years ago as a horse rescue facility. Fortunately, all of the horses survived and are temporarily being boarded elsewhere, but most of the ranch was destroyed, 10 News reports. The loss includes eight tack sheds with hundreds of thousands of dollars in horse supplies. The fire also burned a golf cart Hyslop relied on for transportation, since she has multiple sclerosis.   She credits “horse angels” with helping save her horses, most of which were evacuated but several of which had to be left behind when flames encroached, yet survived the devastation. Now Hyslop is hoping for donations of funding and horse supplies to help her resume her horse rescue operations.

“I left when I saw the fire come over the last hill,” Eileen Menzies, 78, a widow who lived at Prairie Drive in Jamul, told Est County Magazine. “I got very few things out.”  She did save her three dogs, but her goat, duck, turkey and several peacocks perished. She told ECM she needs a used motorhome to live in.  Her granddaughter started the fundraiser for Menzies, who was also interviewed by 10 News. “I felt numb because there was nothing I could do,” she said. “I’m 78 and starting over.” 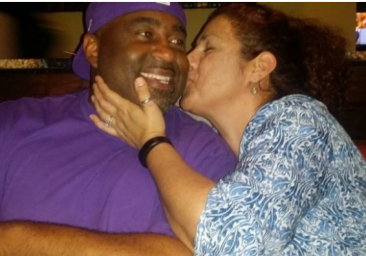 Dewey and Anabel weren’t home when the Valley Fire reduced their home to rubble. Their five cats are also feared to have perished.  They lost everything but the clothes on their backs. The fire isn’t the only tragedy the family recently endured; just two months ago, Anabel’s son passed away.  ““I had finally gotten to the point where I wasn’t crying every day and then this happened and so now I’m crying about this devastation. It’s like our whole life was just wiped clean,” she told Fox 5 in an interview. They also lost a lifetime of memories, including memorabilia from Dewey’s military career in the Navy. The fundraiser was started by their nephew. In addition to funds, they need household supplies and clothing to rebuild their lives. 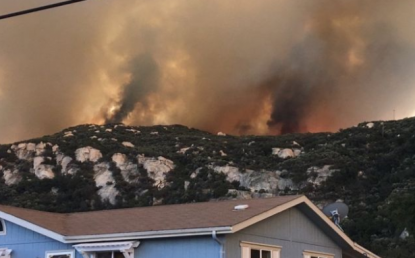 Robert Anderson has started this fundraiser for his friend, Jesus, whose home in Alpine burned down.  “He is a very honorable person and will give his shirt off his back to help anyone out,” says Anderson. When the fire drew close, Jesus helped a woman at the property get out safely with her belongings.  “We didn’t have any time to get any of his stuff,” Anderson says, adding that Jesus is a tree trimmer who lost all of his tools as well as his home.

Sierra Noriega, a family friend, started this fundraiser for Shelley Brown who lost her home in the fire. “Instead of grabbing any personal belongings she was focused on helping neighbors get livestock out of there. The money will be used to help buy  generators, water hoses & water pumps,” Noriega says, adding that Brown’s five rescue horses are safe.

Irving and Anita Beeman managed to save some mementos and clothing, fleeing with their car and trailer before the Valley Fire destroyed their home. Two different fundraisers have been started for the couple, who need household items and monetary donations to get set up in a rental property until they can rebuild and come home.