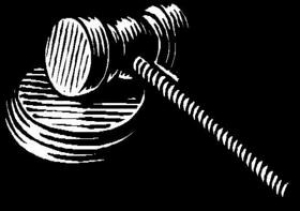 Dumanis had alleged that Duncan benefitted off the crimes through rap music lyrics about gang shootings.  Harvey had reportedly posted gang signs and photos taken with gang members on his Facebook page.  Both have claimed they were not members of the gang.

Gang membership on its own is not a crime, but if Dumanis’ efforts had prevailed, it effectively would be.   She is the first prosecutor in the state who has sought to hold gang members accountable for the crimes of fellow gang members under Penal Code 182.5, a gang conspiracy law passed by voters.

Nobody has been charged with the actual killings, leading Judge Hanoian to ask, “How can you attach a conspiracy to a crime that doesn’t have a defendant?”

The Judge ruled that defendants cannot face conspiracy charges without a specific crime attached to it, so he dismissed the most serious charges against 14 defendants charged with benefiting off crimes committed by gang members.

The judge let stand charges against other defendants who evidence suggested may actually have ties to violent crimes including attempted murder.

However in an unrelated case, Judge Jeffrey Fraser has ruled that there is enough evidence to move forward in prosecuting a similar case against 18 alleged members of a gang in the Southecrests area, UT San Diego reports.

The District Attorney’s office has not yet announced whether it will appeal the decision to a higher court.

Tanya Sierra, spokeswoman for the district attorney, issued a statement indicating that “While a debate over the law can be constructive and educational, combating the scourge of deadly gang violence remains our focus.”   She added, “It’s unfortunate that in spite of the evidence transparently available in the court record and court’s rulings that clearly establish their active gang membership during the time of the shootings, the media and community has allowed itself to be manipulated by individuals who are misrepresenting their true level of gang involvement.”

Outside the courthouse after the ruling, Duncan stated, “It’s a hard situation when you know you had nothing to do with those crimes,” UT San Diego reports.

Harvey voiced his resolve to work toward repeal of the penal code section in question. “This was just Round One,” he stated, Voice of San Diego reports.

Prior to the ruling, Harvey’s attorney Edward Kinsey told Voice of San Diego that believes the District Attorney may seek to refile charges.  “I think that gang documentation oversight is something that needs to be done,” he stated. “That is the more important issue, as many young black men are unjustly swept up in this craziness.”