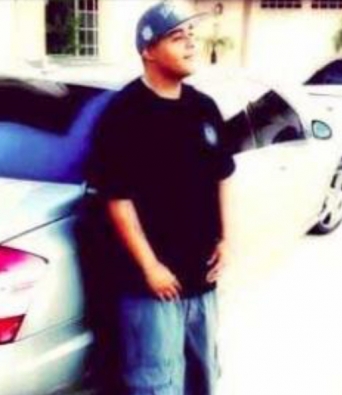 July 25, 2019 (La Mesa) – “We will continue to fight until justice is done,” Deborah Flores, mother of slain Sycuan tribal member Xusha Brown Jr. said at a press conference in 2016, when the tribe boosted a reward to $100,000 to help find his killer. La Mesa Police also posted the reward information on freeway signs. Three weeks later, three men were arrested for the drive-by shooting of Brown, 22, which occurred on I-8 in La Mesa in 2013.

Yesterday, two gang members were convicted of murdering Brown and attempting to kill the vehicle’s driver, Malcolm Hume, their intended target. La Mesa Police Chief Walt Vasquez and prosecutors have affirmed that Brown was not a gang member and was an unintended victim.

His killers, Donte Haddock and Anthony Frank, were also found by a jury to be guilty of conspiracy to commit murder and special circumstances including lying in wait, discharging a gun out of a vehicle and committing multiple murders. Frank was already serving a 20 year prison sentence when arrested, for killing a rival gang member in El Cajon. A third man, Alaeante Eason, pleaded guilty to voluntary manslaughter.

According to prosecutors, Haddock was the driver and Frank opened fire from the passenger side.  Haddock’s attorney claimed he was staying with a woman the night Brown died.  Brown’s lawyer claimed Brown was the driver and didn’t know a shooting was going to occur; he contends that Eason was the killer.  But prosecutors introduced evidence that Frank told witnesses he killed Brown and that text messages implicated Haddock.

Police traced cell phones belonging to Brown and Haddock to the area near the shooting; both phones were turned off shortly before the murders, then turned back on, Patch.com reports.

Haddock and Frank were also found guilty for the murder of Darris Walker, 20, which occurred two years earlier in 2011.  Walker was gunned down in the back seat of a parked car behind the Denny’s restaurant on Alvarado Blvd., also in La Mesa.

Xusha Brown, the oldest of nine children, was described by his mother as a “very loving, very kind hearted” son who always looked after his siblings. After his death, she revealed, he became an organ donor to save the lives of four other people.