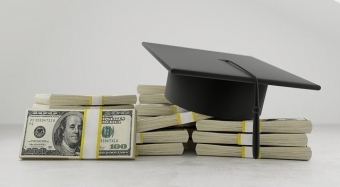 March 25, 2020 (Washington, D.C.) - The Trump Administration has put a timely halt on the ability of the government to garnish Social Security benefits to pay for defaulted student loans for an indefinite period during the COVID crisis, reports the Association of Mature American Citizens [AMAC].

Seniors are the fastest growing segment of the population with outstanding student loan debt. Research conducted by the Consumer Financial Protection Bureau [CFPB] shows that, “In 2018, Americans over the age of 50 owed more than $260 billion in student debt, up from $36 billion in 2004, according to the Federal Reserve. Nearly 40 percent of borrowers aged 65 and older are in default.”

AMAC has been in the forefront of the fight to protect Social Security benefits from garnishment. “Forty-five percent of unmarried Social Security recipients and 21% of married couples rely on their benefits for at least 90% of their income. Garnishing that fixed income for student loan debt can have a particularly devastating impact on their lives,” says Bob Carlstrom, president of the AMAC Action initiative.

In a statement issued today, Carlstrom expressed AMAC’s appreciation for the decision to suspend the garnishment of Social Security benefits:

“We commend the Administration and the Secretary of Education for suspending the ability of the federal government to garnish the Social Security income of beneficiaries for payment of student debt during this challenging time. The Secretary has indeed responded to the concerns and pleas of many members – and non-members – of AMAC. This action is a good first step on this issue.

“We believe Social Security benefits should be protected permanently from student loan default garnishment by any party, including the federal government.”