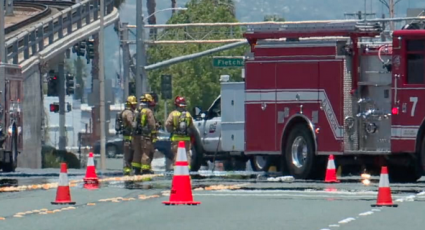 Leak is now controlled; trolley service has resumed and streets have reopened

Heartland Fire crews found the severed gas line and immediately notified Metropolitan Transit System to stop the trolley service due to proximity of the trolley line and reduce risk of an ignition source for the natural gas, says Sonny Saghera, public information officer at Heartland. Fire crews immediately cleared the area of construction workers and civilians. Fletcher Parkway was also shut down. 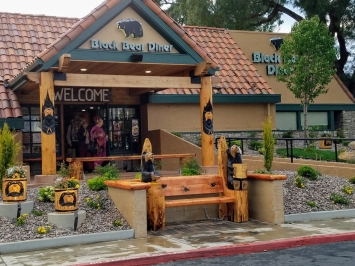 San Diego Gas & Electric was successful in shutting off the broken gas line.  The leak was under control at 3:50 p.m. and normal Metropolitan Transit System services and city street traffic resumed.