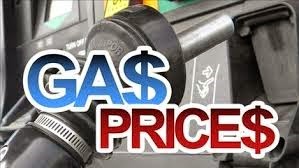 Taxes on gasoline and diesel went up starting Wednesday this week to pay for repairing California’s crumbling roads and bridges that in danger of collapse, as well as to improve public transportation.

Under Senate Bill 1, signed by Governor Jerry Brown in April, the gas excise tax rises 12 cents a gallon, while diesel fuel will cost you 20 cents a gallon more. You’ll also be paying more for your vehicle registration, though that cost increase doesn’t kick in until January 1st.

Those increase could be repealed, however, if a ballot initiative in the works makes it onto the ballot and is approved by voters.