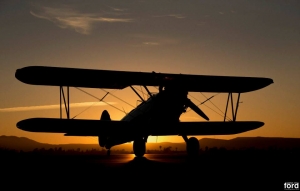 May 22, 2017 (El Cajon) -- Organizers of the biggest annual air show in East County say they cannot afford to put it on because of rising costs and an inability to raise sufficient funds.

Air Group One, a volunteer, non-profit that operates the World War II air museum at Gillespie Field, said the cost for the three-day event, usually held in June, is simply beyond their group’s financial resources. Executive director Christopher Van Stelle told ECM, ”We continue to raise funds though, and hope to have a show in 2018.”

Reaching that goal will be a tough challenge. 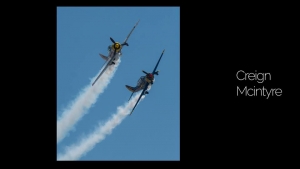 “We’re an all-volunteer group although we did get some sponsors and donors, as well as the cities of Santee and El Cajon pitching in a little bit,” Van Stelle explained. “We would have to raise about $80,000 to $100,000 a year to put it on. After 20 years, it’s become more and more difficult.”

Despite the fact that San Diego has a long tradition of aviation, and supports the much larger Miramar Air Show, several contributors who previously supported the event pulled out last year, Van Stelle said.

“A couple of our major sponsors, including Pratt & Whitney, left San Diego,” he said. “And we also had some local angel donors who passed on, and their families elected not to continue supporting us.”

“To put on air show of this size, you’re looking at needing close to $160,000 (for the entire budget) and for a small nonprofit to raise that every year, it became difficult,” Van Stelle said.

Among the fixed costs that were rising annually were insurance coverage, musical acts, fuel, permits and the cost for professional pilots, he said.

The last air show at Gillespie held in June 2015, was the 70th anniversary of the ending of World War II, and featured mock air battles, as well as a living history segment with surviving veterans talking about their roles in the war. The event also included a third day when organizers made presentations to local elementary students, giving them a living history lesson that usually featured WWII vets. 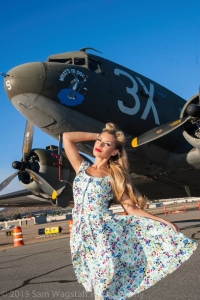 In contrast, the Miramar show in August is largely financed by the U.S. Navy, although it gets private sponsors too, Van Stelle said. Two other big air shows, in San Bernardino and Riverside, are largely underwritten by those counties, he said. San Diego County has no budget for the local aviation event.

Air Group One continues to operate its museum off of Prospect Avenue where it features mainly WWII and older aircraft. Another museum also operating at Gillespie is an annex of the San Diego Air and Space Museum, and serves as a restoration station. Both are free to the public but accept donations.

You can also stop by "Fly Days" at the Gillespie Cafe on the first Friday of each month, where you can view vintage aircraft or even take a ride in a War Bird.  The next Fly Days is on June 2nd from 4:30 to 8 p.m.

Yet a third facility, called Allen Airways Flying Museum, is a collection of more than 10,000 aviation items including several historical planes, owned by Willis M. Allen. The facility is used for private parties and corporate events.