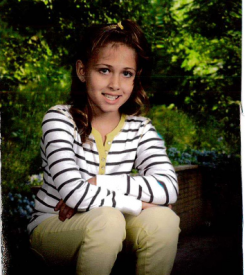 June 7, 2015 (San Diego) – San Diego Police seek help to find Isabella Keating, a 10-year-old girl who disappeared after leaving Horton Elementary School on Wednesday, June 3rd around 2 p.m. and has not been seen since then.   The school is located at 5050 Guymon Street in the Euclid area.

Isabella was last seen wearing a lime green shirt and black tights. She is white with brown shoulder-length hair and blue eyes, is approximately 4 feet tall and weighs 90 pounds.

Keating’s foster parent told police she has run away in the past but normally returns home hours later, or is found promptly and brought home.   She suffers from attention deficit disorder.