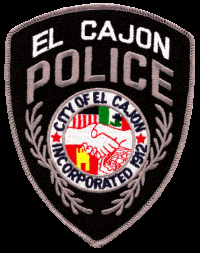 July 10, 2016 (El Cajon) – El Cajon Police are warning residents about an intruder who pried a screen off an open downstairs window at a condo in the1300 block of Hawk Lane at 4:00 this morning. He climbed into a bedroom where an 8-year-old girl and her 6-year-old brother were sleeping.

The girl's mother told Fox News that the suspect grabbed her daughter and was dragging her downstairs, when the girl struck him in the neck using moves she learned in a martial arts class.

The action caused the suspect to flee the home, said Lieutenant Rob Ransweiler. The suspect is described as a man with tanned skin, dark “fluffy” hair and a thin build.  He had a strong “dirty” odor and wore dark clothing and a backpack.

“After the suspect fled, the victim woke her parents and told them what had happened,”said Lt. Ransweiler, adding that no items appear to have been taken from the home and the victim was not injured during the hot prowl burglary. “There was a screen removed from a nearby condo that appears to also have happened this morning.”

Officers from the El Cajon Police Department along with a K-9 deputy from the San Diego County Sheriff’s Department conducted a search for the suspect at the time of the incident but were unable to locate him. Officers are currently patrolling the area and utilizing law enforcement databases to attempt to identify a suspect.