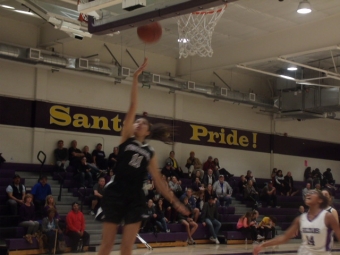 Like our sports coverage?  Donate to help support ECM’s sports section!  Type in “Sports” as your donation!
Follow @ECMagSports on Twitter for live sports coverage and stories!
Does your son or daughter play a sport at a level other than varsity?  Comment on this story or tweet @ECMagSports to request coverage!
Check out our sports section for more sports stories!
Story and photos by Liz Alper
November 13, 2018 (Santee) - Per reader request, ECM Sports kicked off girls basketball season with the Foothills Christian Knights as they travel to Santee to take on the Santana Sultans in the first game of the season for both teams. 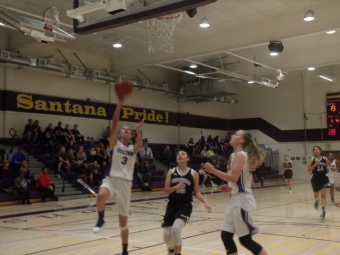 Both teams came out strong to start the game.  The Knights were led by their strongest shooter, junior captain Ellie Turk, who nailed two go-ahead threes.  The Sultans stayed close behind and the Knights ended the first quarter up 11-10.
In the second quarter, the Knights upped their aggression, forcing turnovers on the defensive side of the ball.  Turk was joined by fellow captain, sophomore Arantxa Saldana, who made some smooth drives to the hoop and tallied 12 first half points.  The momentum looked like it was swinging Santana’s way towards the end of the half, but Turk and Saldana combined to create our play of the game:  a steal from Turk and a pass to Saldana, who broke away and made the layup.  Saldana made another layup to help Foothills Christian pull away to their biggest lead of the game, up by 12 at the half, 29-17. 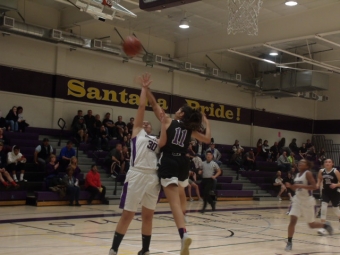 It looked like the Sultans were going to come out swinging in the second half, but the Knights kept piling on with two more threes from freshman Nataly Bravo and sophomore Christie Sarkis.  The Sultans only scored three points in the third quarter; every possession resulted in a turnover by Foothills.  The Knights went to the final frame up big, 56-24.
Despite all the whistles that usually happen during a high school girls’ basketball game, the Knights cruises through the fourth, holding Santana to 15 points and had a huge statement game to open the season, winning 61-39 and moving to 1-0.  The Sultans drop to 0-1.
UP NEXT
The Knights stay on the road and take on Liberty Charter on Thursday at 4:30 p.m.  The Lady Sultans get a break until Saturday night when they face Canyon Crest Academy in the Canyon Crest Academy Tip-Off Classic at 7:00 p.m. 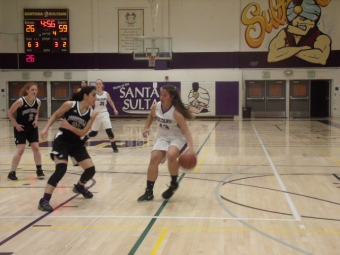 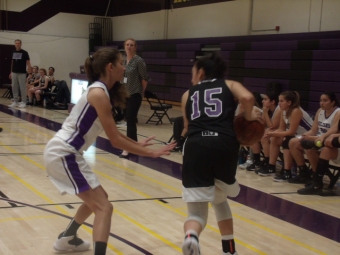 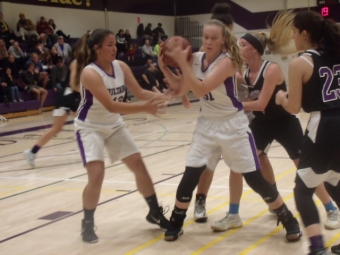