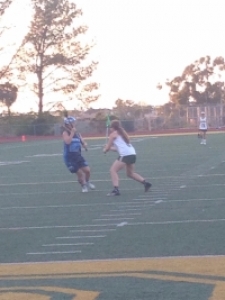 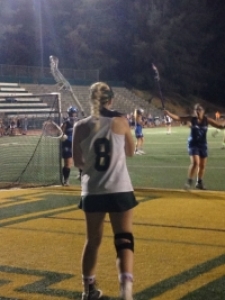 Right off the bat in the first half, Granite Hills struck first to take a 1-0 lead.  A minute later, the Patriots tied the game at the other end.  The Eagles reclaimed the 2-1 lead moments later.  It took three minutes, but Patrick Henry tied it up again.  Ten seconds later, they took their first lead of the game at 3-2.  Sophomore attacker Lilly Mai made it 4-2 off a whistle.  Granite Hills narrowed the deficit to one yet again, but Mai got the Patriots back to a two-goal lead with a penalty shot goal and Patrick Henry led 5-3.  But the Eagles stayed close behind, making the score 5-4 with 9:43 left in the first half.  Patrick Henry continued to play keep-away, with junior attacker Analise Elam scoring a goal to put the Patriots up by two again, 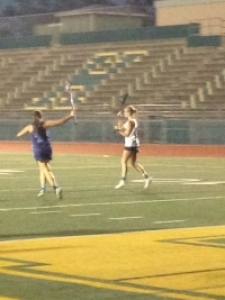 6-4.  But for every goal they scored, the Eagles scored another to stay close behind and within one.  Conversely, every time the Eagles got close, Patrick Henry amped up the offense and scored to keep their lead.  Junior captain and attacker/midfielder Shanell Logan scored the goal to put the Patriots back up by two, 7-5.  Finally, the Patriots got their biggest lead of the game at three thanks to Elam and they led 8-5.  Granite Hills tried to keep it close with a goal bringing it back to two, 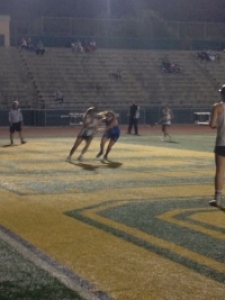 8-6.  At the end of the first half, the Eagles got the deficit back to one and the Patriots went to the benches with a slim 8-7 lead. 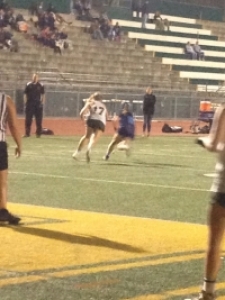 A minute into the second half, Granite Hills tied it up at eight.  Patrick Henry reclaimed the lead on sophomore midfielder Alyssa Milano’s goal to lead 9-8.  Logan added to that with a penalty goal to make it 10-8.  They were comfy at that score for a while until 14 and a half minutes left when the Eagles narrowed it to 10-9.  The Patriots tried to defend, but the Eagles were able to make it even at 10 apiece with 10:21 left in regulation.  But that wasn't a big deal for Patrick Henry sophomore midfielder 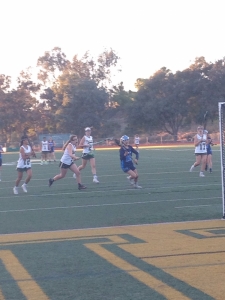 Libby Swanson.  Two seconds later, she punched it in to reclaim an 11-10 lead for the Patriots.  But her efforts were in vain as Granite Hills tied it up at 11 with about six minutes left.  Mai came to the rescue, as she always does, with five and a half left to give the Patriots the 12-11 lead.  Logan added some insurance and made it 13-11.  The Patriots kept adding padding late; a goal by 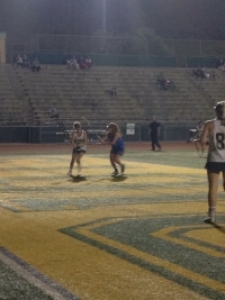 Swanson made it 14-11.  A second goal by Logan made the score 15-11 and the Patriots overcame a back and forth battle to come away with a four-point victory.  They move to 9-4 overall.  The Eagles fall to 9-5. 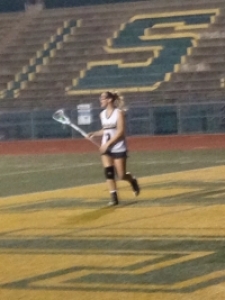 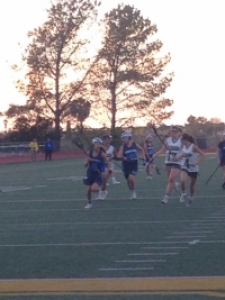