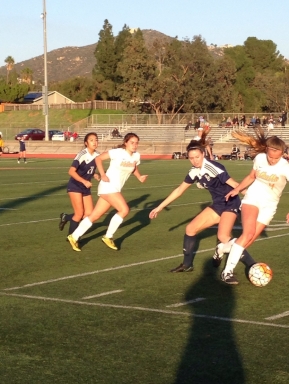 January 16, 2017 (El Cajon) - Even though it was Martin Luther King Day, the Valhalla Norsemen varsity girls’ soccer team was in action against the Centurions of University City High.  It was the Norsemen’s last non-conference game before conference play.

The Centurions struck first in the 16th minute of the first half on a fast break goal by senior captain forward/midfielder Ashlee Watkins and University City went up 1-0.  Valhalla had a tough time getting any offensive zone pressure and the Centurions lived up to their name, controlling the ball. 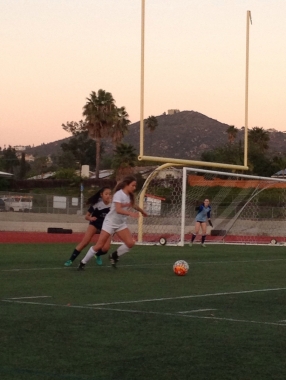 In the second half, the Norsemen came out with a strong attack, but the Centurions defended well and scored another goal in the 34th minute to make the score 2-0.  The Norsemen were unable to get anything else going and lost their last game of non-conference play by a score of 2-0.

The Norsemen begin conference play on Wednesday when they visit the Scotties of Helix High School.  Match time is set for 4:30 p.m.