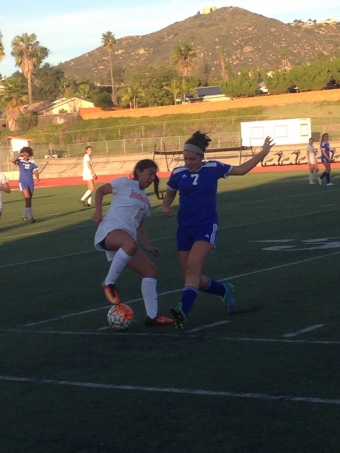 The Hillers controlled almost every aspect of the first half and by the time the clock hit 11 minutes left, it finally paid off.  Senior Jillian Dawson kicked a nice strike past the Norsemen’s junior goalkeeper, Katelyn De Went and Grossmont took a 1-0 lead into the half. 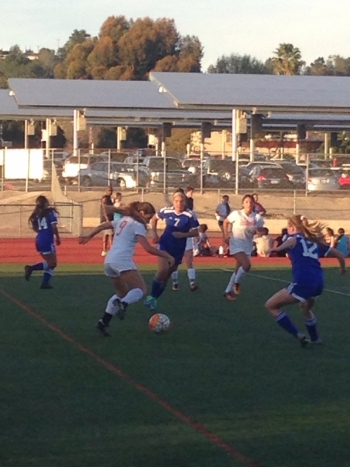 The Foothillers controlled the first 25 minutes of the second half.  That is, until Valhalla started to pick up the pace and senior midfielder Jenny Fox broke loose and into the attacking zone and kicked it in to tie the game at one with 25 minutes left in the game.  Despite a huge second half turnaround from Valhalla (including a dropped save by Grossmont’s sophomore goalkeeper Ashlyn Dean that may or may not have gone in), the Foothillers stood tall on defense and drew the Norsemen 1-1.