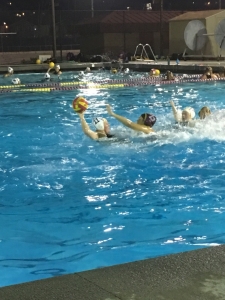 Check out our sports section for more sports coverage!

January 17, 2018 (Spring Valley) - For the first high school coverage of the new year, ECM traveled to Spring Valley, where the Vaqueros of El Capitan saw the Monte Vista Monarchs in the pool.  The lady Monarchs have a rough start to the season, going 2-4 overall and winless in league (0-2).  The Vaqueros are doing a little better; 6-5 overall but also winless (0-2) in league. 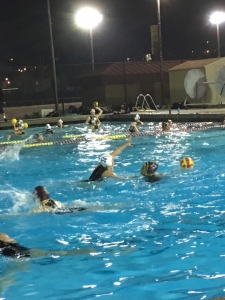 Though it was a pretty even keel to start the game, the Vaqueros secured a small early lead in the first quarter on four hard goals and adding a buzzer beater at the end to take a 5-2 lead after one.

El Cap poured on more goals in the second quarter, holding the Monarchs to just one goal and heading into the half with a comfy 9-3 lead.

The Vaqueros reached double digits in the third, though a Monte Vista goal from mid-pool towards the end of the third cut the lead to seven, 13-6.

Monte Vista managed to play better defense in the last quarter, but were still only held to just two goals as the Vaqueros played defense just as well and added to their lead and got a well-deserved first league win, 15-8.  They move to 7-5 overall while the Monarchs fall to 2-5 and remain winless (0-3) in league play.

Next up for the Vaqueros is a trip to Santee to take on the Sultans at 5:30 p.m.  The Monarchs will stay home for a non-conference game against Hilltop on Friday at 5:40 p.m. 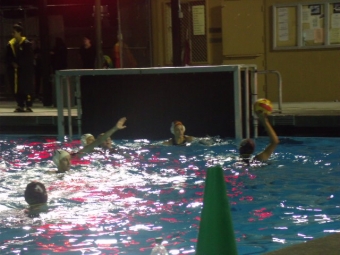 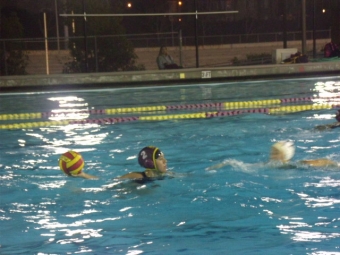