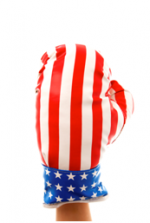 November 2, 2012 (San Diego’s East County) – A prominent education leader has stepped forward to defend GUHSD board member Priscilla Schreiber and candidate Jim Weaver from attacks made by board member Jim Kelly in an editorial published in East County Magazine.

Kelly lambasted Schreiber for denouncing the board majority’s refusal to build a high school in Alpine and suggested that her revelation of a Grand Jury investigation into use of bond monies was a “political trick” aimed at influencing the election and defeating incumbent Gary Woods.

“I believe that what Trustee Kelly is saying is that Trustee Schreiber concocted the story about the Grand Jury investigation in order to affect the upcoming election results,”  Doug Deane, who served as co-chair of the San Diego East County Chamber of Commerce Education Committee and Chair of the GUHSD’s boundary commission, wrote in an e-mail to ECM and other media. Then he revealed,  “I have direct knowledge that there is indeed a Grand Jury investigation, and I have seen correspondence between the Grand Jury and one of those who are being called to testify. That person was asked to appear at the Grand Jury Room in mid-November.”

Kelly fired back an e-mail confirmation that “there certainly is an investigation” by the Grand Jury but insisted that it is politically motivated by “Priscilla Schreiber and her handful of activists who want the Grossmont District to build a new high school in Alpine.”

He maintains that the cost to run the school will be $1.5 million and that “it is not fiscally prudent to move forward at this time” despite voters twice authorizing bond measures to build the school and funds expended instead on projects not in the bonds, such as a performing arts center at Helix.  He further accused Schreiber and candidate Jim Weaver of “cowardly”  actions to “waste the Grand Jury’s time by accusing the school board of mismanaging public money.”

Kelly further criticized Schreiber for breaking the story about the Grand Jury investigation, and suggested that she shouldn’t disclose information because she had been called as a witness.

But Schreiber, in an email also sent to ECM today, clarified that at the time she disclosed the investigation, she had not yet been contacted.  Ironically, she said of Kelly’s editorial, “This was published the same day I got a call from the Grand Jury to come down for an interview…his article wil be part of the things I will be taking with me to the Grand Jury. I’m sure they will be interested to know how lightly he takes their investigation by making allegations that it is simply an election season ploy on my part.”  She voiced outrage, adding, “How dare Mr. Kelly insinuate that I would bring this to bear on my district just to get reelected!”

Weaver also weighed in.   He objected to Kelly’s characterization of “activists” noting, “This is a group of taxpayers and district parents who simply are holding this governing school board accountable—nothing more, no political trickery.”  He asserts that taxpayer money should be expended as the bonds required and further that $1.5 million is a reasonable operating budget and that the bulk of that, teacher and staff salaries and benefits, would not be new costs but rather transferred from one campus to the new Alpine high school.  Moreover, he added, “The Vince O’Hara demographic study that Mr. Kelly’s Board paid for (but has ignored) predicted with a high statistical probability that new students attracted to the GUHSD because of a new 12th campus will more than cover the OPEX (operating costs).”

As for Kelly’s claim that he and the board majority “are not politicians”, Weaver set the record straight.  “Mr. Kelly is an officer in the Republican Central Committee and for years was its candidate recruiter.”

Weaver, who previously chaired the Alpine High School Citizens Committee and whose ads clearly stated “Honor voters, support Alpine High,” further responded to Kelly claims that Weaver hasn’t openly campaigned for the 12th High School.  “I can’t imagine being any more open,” Weaver said, adding that he has a “paper trail and virtual trail a mile long” clearly in favor of the new Alpine High School.

This GUHSD Board and Administration is a BIG DISAPPOINTMENT!

Last night, At the regular monthly second Thursday Bd. meeting, Nov 8th, they voted on 18 recommendations proposed by Superintendent Ralf Swenson in regard to the Bond projects. The 18th Recommendation was to pull plans on the 12th HS, and not continue to fund the project until further action is taken by the Board. Little discussion took place.

I spoke, explaining that the Granite Hills HS is now going to have to be modernized for 2,800 students, this makes no good sense, 600 of those students should not be provided accommodations at GHHS, save that money, to put towards the 12th HS... The GUHSD Bd didn't listen, my comments fell on deaf Administration and Gov. Bd. ears.

I also reminded them that the Bd. Makeup is likely to soon change, that a vote on this should wait. They ignored me, this Bd is unethical, unprofessional, and even laughable as they disregard good protocol, and best Governing Board practices.

a "political trick"... handful of activists (Activists? > This is a group of TAXPAYERS, and District Parents, who simply are holding this Gov. School Board accountable, Nothing more, no political trickery) Kelly? (Not) ...listening to them trying to accommodate their concerns. (We TAXPAYERS have taken this into consideration, in our countless times reaching out to this Gov. Board, we have asked for the numbers, the spreadsheet to show a case for abandoning this bond funded TWICE, once in Prop H, again in U, re: the 12th HS project... it hasn't yet been forthcoming... ) will cost the District approximately $1.5 million (Yes, our TAXPAYERS money, and $1.5 million is reasonable, the largest portion of this will be teacher, and staff salaries and benefits. These will be transferred from one campus budget to the new 12HS campus budget... status quot.) Mr. Kelly is not open, honest, or truthful,