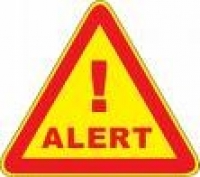 The latest is a recall of 1.2 million sports utility vehicles, or SUVs due to wiring problems with side airbags.  These airbags may fail to inflate during an accident, though thus far no injuries have occurred, the company says.

In addition, GM is recalling 64,000 Cadillac XTS sedans made in 2013 and 2014 due to brakes that have overheated and caused at least two fires.

These recalls is separate from a recently announced recall of 1.6 million vehicles due to ignition switch problems, which have been linked to a dozen deaths.