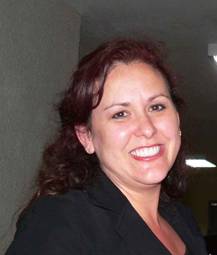 April 23, 2016 (Sacramento) -- A bill by California State Assemblywoman Lorena Gonzalez (D-San Diego) to establish janitorial workforce protections against sexual harassment and create a janitorial contractor registration system was approved on a 5-2 vote by the Assembly Committee on Labor and Employment last week.


Under Assembly Bill 1978, the California Department of Industrial Relations (DIR) will create sexual harassment prevention training materials, establish a toll-free hotline for reporting complaints, and require employers to post and display a notice with information regarding the laws.  DIR will also create a contractor registry which will add transparency and increase accountability, similar to garment manufacturers/contractors, farm laborer contractors, and the car washing and polishing industry.

“Too often these women are overlooked because they work alone in the dead of night after the rest of us have gone home, and they deserve better,” said Gonzalez. “As we have in other sectors, we have to make sure that vulnerable workers receive appropriate training and protections from sexual assault, and effective, safe ways to report crimes.

The recent "Rape on the Night Shift” investigation series by PBS Frontline, Univision, KQED, the Investigative Reporting Program at UC Berkeley and Reveal from the Center for Investigative Reporting highlighted the risks faced by janitors who often work alone at night. Recently, a lawsuit by 21 women alleging that the ABM janitorial company failed to protect them from sexual harassment and assault resulted in a $5.8 million settlement in 2010.

The U.S. Department of Justice estimates that 8 percent of all rapes occur while the victim is working, and that about 50 workers a day are sexually assaulted or raped on the job. Rape and sexual assault were reported to police at the lowest percentage (24%) when compared to other violent crimes in the workplace. Research has found that more than one third of these workplace victims lost more than 10 days of work after the crime.

AB 1978 is sponsored by the Service Employees International Union (SEIU) of California.