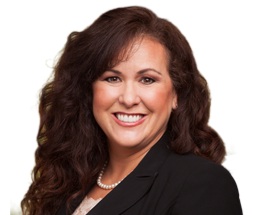 “As millions of California families face the historic opportunity of improving their lives by pursuing a pathway to citizenship, the state must be ready to ensure immigration services are performed by competent professionals and include anti-fraud protections,” Assemblywoman Gonzalez said. “AB 1159 prepares California for this upswing in demand by creating more accountability and transparency in an otherwise daunting process for immigrants, who are already targets of fraud now.”

AB 1159 will be considered this week by the Senate Committee on Business, Professions and Economic Development. Assemblywoman Gonzalez has asked that the Legislature act with urgency – requiring a higher vote threshold – in order to crack down on the unscrupulous practice by some professionals to demand payment for immigration reform services by promising that clients could “cut to the front of the line” when federal immigration reform is eventually enacted by paying now.

AB 1159 will prohibit anyone who is not an attorney from presenting themselves as one.  It also will make it illegal for attorneys or consultants to demand money from clients seeking immigration reform act services before the federal reform bill becomes law and is enacted. The bill will also require immigration consultants to deposit into a client trust account all funds received from a client of immigration reform services prior to performing those services.

Attorneys and consultants must provide a client with a written contract in the client’s language under AB 1159, with other specific requirements.

The bill has gained early support from the State Bar of California, labor groups, the faith community, and organizations dedicated to advocating for immigrant rights and equitable access to justice.