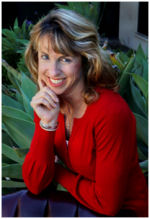 TRUE MEANING OF WEALTH FOR 2013

Happy New Year from all of us at Blue Summit Wealth Management. Our wish for 2013 is that this will be your best year ever!! We hope that you will consider recognizing what true wealth means to you. The true meaning of wealth is not the abundance of possessions and property as Merriam-Webster or modern society might lead us to believe. Let us and our children not be misled towards an illusory desire for personal consumption.

We would rather measure wealth as being able to find fulfillment in one’s life. This for us means having the self-determination to control those aspects that will lead to happiness including having successful quality relationships, an enriching social life, opportunities for intellectual & creative development, physical health & fitness, a richness of love with deep emotional connections, and an avenue in which to help others who are needy or less fortunate. Please remember that how we chose to define wealth is what we will model and pass on to our children and what they will desire and strive for in life.  So as we enter 2013, we hope that you will ponder what true wealth means to you and that you will strive to achieve more of that this year.

Approved by Congress an hour before midnight on 12/31/12 and by the Senate a couple hours after 2013 had begun, the “American Taxpayer Relief Act of 2012” gives us the first permanent set of estate, gift, and income tax provisions in 12 years. Permanent that is, until Congress decides to change it again. Due to the fact that the Bush tax cuts were made to expire at the end of 2010 and were only temporarily extended during Obama’s first term through the end of 2012, it appears as though there is nothing like a deadline to spur Congress into action. So we will start you out this year with an overview and highlights of the “American Taxpayer Relief Act of 2012.”

Obama had promised that we would change the tax code that was too skewed towards the wealthy at the expense of the working class. According to Obama, "Under this law, more than 98 percent of Americans and 97 percent of small businesses will not see their income taxes go up," and "Millions of families will continue to receive tax credits to help raise their kids and send them to college. Companies will continue to receive tax credits for the research that they do, the investments they make, and the clean energy jobs that they create. And 2 million Americans, who are out of work but out there looking, pounding the pavement every day, are going to continue to receive unemployment benefits as long as they’re actively looking for a job."

In this legislation, there were compromises made on both sides of the political spectrum, but most of the so-called “Bush tax cuts” have now been made permanent. We have pulled together some of the most relevant facts that you need to know:

Income Tax Rates - As the President promised, income tax rates for middle-class families will stay low permanently.  Rates are raised for the top 2%, those with income above $450k for joint filers and $400k for single filers, higher than the much discussed level of $250k. Earnings above those amounts would be taxed at a rate of 39.6 percent, up from the current 35 percent. Those with income under $400k will generally not be affected.

Itemized Deductions/Personal Exemptions - The phase-out of personal exemptions and itemized deductions is restored, but for itemized deductions the threshold is reset to $300k (joint) and $250k (indiv), whereas it would have been about $180,000 in 2013 under normal indexing.

Capital Gains - Taxes on capital gains and dividend income for those with income exceeding $400k (indiv) and $450k (joint) increase from 15 percent to 20 percent. Those with income under $400k will generally not be affected.

Estate Tax - A new flat 40% rate, up from the 35% rate of 2010 but less than the 45% rate of 2009, applies to the taxable portion of an estate. This is reached after an estate exceeds the $5.0 million gift, estate, and GST tax exemption amount, plus inflation adjustments going forward.  It appears the inflation-adjusted amount in 2013 will be approximately $5.25 million per person. For married couples in 2013, the aggregate exemption will be twice this amount (i.e., approximately $10.5 million). Future years will likewise have similar inflation adjustments.

The 2012 Act also provides for a flat 40% tax rate for any transfers in 2013 and future years that exceed the $5.25 million gift, estate, or GST exemption amount.

Annual Gifts -The annual gift tax exclusion has been increased to $14k from $13k per donee. This means that a married couple can gift up to $28k to any number of persons per year with no need to file a gift tax return. There is still no limit for gifts that pay the provider directly for tuition or medical care.

Payroll Tax - The employee’s share will go back up from 4.2% to 6.2%, as this bill allows a 2-percentage-point cut in the social security payroll tax first enacted two years ago to lapse.

Alternative Minimum Tax - AMT will finally be indexed for inflation. This will prevent nearly 30 million middle- and upper-middle-income taxpayers from being hit with higher tax bills averaging almost $3,000. The tax was originally designed to ensure that the wealthy did not avoid owing taxes by using loopholes

Unemployment benefits - Extends jobless benefits for the long-term unemployed for one year.

Green Energy – Additional provisions provide a major boost to the US biofuels, energy efficiency, and electric car sectors, as well as the fast-expanding wind energy industry by extending incentives and subsidy schemes for a wide range of clean technologies. These include a tax credits for wind farm developers, energy efficient homes and appliances, incentives for renewable diesel and biodiesel, tax credits for cellulosic, algal biofuel producers, and a subsidy knocking 10 per cent off the cost of electric scooters and three wheelers, up to a saving of $2,500, was approved for another year.

How the tax increases will affect households at different income levels: