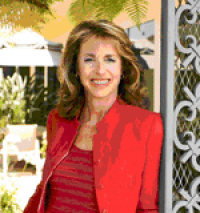 March 20, 2010 (San Diego) -- As shareholders we have the power to influence corporate policies. Over the years, systems have evolved within the Socially Responsible Investment industry by which our collective shares may be leveraged to create major policy shifts in corporate America, so that companies incorporate more sustainable and just business practices.

In our next three Blue Summit Reports, we will outline some of these players, their recent successes, current issues being addressed in a number of different companies, and a case study on limiting executive compensation. Click here to read Shareholder Activism: Part I.

First, how does this whole process work exactly?

In a nutshell, if a shareholder wants a company to incorporate a certain policy, they need to first file a resolution to the company’s management. The “resolution” will be considered and either rejected, accepted, or negotiated. If agreeable terms cannot be met between the management and the shareholder, the resolution can be put to proxy vote amongst the other shareholders.

For more detail, both the Social Investment Forum and Green America have more in-depth descriptions of this process.

Second, let’s look at some recent accomplishments in the area of shareholder activism to get a better idea of how this process is being directed to create change.

A record 95 climate change shareholder resolutions have been filed already for 2010 proxy season with 82 U.S. and Canadian companies. This is a 40% increase from a record year in 2009, where 68 climate-related shareholder resolutions were filed, of which 31 were withdrawn after the companies agreed to positive climate-related commitments. Last year six of the 28 resolutions that went to a vote achieved 30 percent or greater support, including one filed with coal company Massey Energy that received 45.6 percent support, or $458.1 million in shares. We also witnessed the first-ever majority vote (51.2 percent) with IDACORP, an electric utility in Idaho, asking it to establish greenhouse gas (GHG) reduction goals.

After shareholder pressure from As You Sow, Best Buy, the largest U.S. electronics retailer, began to offer e-waste recycling, mostly for free, at all 900+ stores in late February.

The company began to move toward that goal after As You Sow (AYS) filed a shareholder proposal that was withdrawn after Best Buy agreed to a pilot take back project at 100 stores in three regions last June. The pilot was a great success, according to the company and led to the planned roll out of a nationwide system. Most electronics will be accepted for free but TVs and CRT monitors will be charged a $10 fee. However, that fee will be partly offset by a $10 gift certificate given to customers.

“This is a great victory for our Sustainability Initiative,” said Conrad MacKerron, CSR Program Director, who leads the dialogue with Best Buy. “This will keep millions of old TVs out of landfills and provide a model for other electronics retailers to follow.” But there are still important issues to address. The company is bearing the short-term cost but electronics manufacturers need to take eventual responsibility for e-waste. AYS will press Best Buy to ensure its vendors bar hazardous components from export to developing countries. Activist groups have uncovered unsafe e-waste dumping and processing sites in China and Nigeria. AYS continues to dialogue with Wal-Mart to enact similar take back policies.

For more information on electronic waste, the Basel Action Network is a fantastic resource with two groundbreaking films. As well, 60 Minutes featured this issue of exporting electronic refuse in November of 2008.

Dozens of company executives joined union leaders, youth organizations and Congressman Earl Blumenauer at Nike Headquarters for the Race for American Jobs & Clean Energy Leadership, a coast-to-coast virtual race to drive home the economic benefits of national climate and energy legislation. "We believe that building sustainable business practices will help fuel the economy and the environment,” said Sarah Severn, Director of Stakeholder Mobilization for NIKE, Inc. “The time to act is now. The U.S. needs legislation that gives clean energy entrepreneurs an even playing field to compete globally for innovation and job creation."

Specific project plans include retrofitting existing buildings to make them more energy, water and waste efficient while creating jobs that cross the economic spectrum, from the laborers doing the demolition, to the architects, to the financial experts handling the financing. With sound climate and energy policies that put a price on carbon we could create substantially more of these jobs, and reap far greater energy savings and emissions reductions from buildings.

Who are the activist groups behind these projects?

Below is a description of a few of the groups (typically NGOs) involved in organizing SRI investors behind these various social and environmental issues.

Founded in 1992, has grown into two programs that strive to increase corporate accountability. The Environmental Enforcement Program seeks to reduce and remove carcinogenic exposures by pursuing compliance with California's Safe Drinking Water and Toxic Enforcement Act. AYS’ Environmental Enforcement Program has reached settlements with more than 300 companies resulting in most cases with products being reformulated nation-wide to remove hazardous ingredients. Restitution secured through this work is disbursed through grants to support community-based organizations also fighting toxics contamination and exposures throughout the state.

In 1997, As You Sow launched the Corporate Social Responsibility Program (CSRP) to use shareholder advocacy and the financial markets to catalyze positive change within public held companies. They have led or actively participated in more than 50 shareholder dialogues or resolutions and have conducted more than 25 shareholder solicitation campaigns moving numerous companies towards greater environmental sustainability and social equity. This As You Sow program accepts foundation grants and works as a consultant for hire. www.asyousow.org

Ceres is a leading coalition of investors and environmental groups working with companies to address sustainability challenges such as climate change. Ceres also directs the Investor Network on Climate Risk, an alliance of 80 institutional investors with collective assets totaling more than $7 trillion. www.ceres.org

By leveraging the collective power of investors and other key stakeholders, Ceres has achieved dramatic results, among those:

• Spearheaded dozens of breakthrough achievements with companies, such as Nike becoming the first global apparel company to disclose the names and locations of its 700-plus contract factories worldwide in 2005, Dell Computer agreeing in June 2006 to support national legislation to require electronic product recycling and “takeback” programs, and Bank of America announcing a $20 billion initiative in March 2007 to support the growth of environmentally sustainable business activity to address global climate change.

For 35 years, the Interfaith Center on Corporate Responsibility has been a leader of the corporate social responsibility movement. ICCR's membership is a coalition of nearly 300 faith-based institutional investors representing over $100 billion in invested capital. ICCR-member religious institutional investors sponsor over 200 shareholder resolutions on major social and environmental issues. www.iccr.org

Judith L. Seid, President and founder of Blue Summit Financial Group, Inc, is a Certified Financial Planner who has actively used socially responsible investing for her clients since 1992. She firmly believes that “We can influence corporations to change their policies and create sustainable social change by using proactive investments.” investors looking to use the power of financial investment to create sustainable social change. For more information, contact Judith at Blue Summit Financial Group in La Mesa, (619) 698-4330; www.BLUESUMMITINVEST.com.