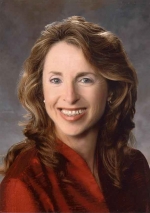 “Your guide to socially responsible investing”

July 22, 2011 (La Mesa)--According to Financial Planning, on Friday TNS released a new study which revealed that 87% of Americans with $500,000 or more in investable assets feel that the size of the US government's deficit is a major concern for them.

TNS’ Investor Confidence Index, declined in June to 102, an 11-point drop, its lowest level in a year. This is due to increased pessimism about the stock market and the direction of the economy.

“These findings reveal significant stress and discomfort among investors who control the overwhelming majority of the personal wealth in the U.S.,” said Joe Hagan, SVP at TNS, in a press release. “We expect investor confidence to decline further if a decision concerning the debt ceiling isn't made ahead of the August 2nd deadline. On the other hand, a satisfactory resolution could raise investor confidence and spur a rise in the financial markets.”

“Our take on this,” says Judith Seid, Principal at Blue Summit Wealth Management, “is, that the chances that congress will allow us to default on our debt are very, very small. We can’t guarantee it but, the consequences would be so great that no politician is going to want that on their record. Not to mention, you know they all have their own personal portfolios invested in the market that they’re interested to protect…”

Shane Johnston, Vice President at Blue Summit, echoed Judith’s confidence, “many of the folks that were put into office this last election cycle made ‘reducing government spending’ their campaign promise and now, they’re able to capitalize on the current situation by refusing to agree to an increase in the debt ceiling as a way to advance their campaign agendas. As Americans grow increasingly concerned over the ramifications of such a hard-lined approach to policy, it’s likely that we’ll see a compromise.”

In general, it’s important to remember how the media loves to generate hype and fear because that’s what drives traffic. Remember Y2K? So, sometimes the best course of action is to turn off the news.

I like to read your articles. They give me a good idea of how to invest and use my money. I think positive and I definitively turn off the news ;).

Congrats for all your articles.