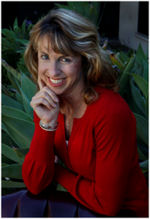 A column written for the East County Magazine
“Your guide to financial planning & socially responsible investing”
By Judith L. Seid, CFP ®
President, Blue Summit Wealth Management
March 2, 2012 (San Diego’s East County)--Many of our clients own some stock in clean energy companies and so, given the significant negative performance of this sector over the last couple of years, we’ve had numerous conversations about where these companies are headed and whether or not they still make good investment sense.

To give a visual example, one mutual fund that has focused on investments in this sector is the Calvert Global Alternative Energy fund (CGAEX, prospectus here). Over the last year, this fund is beating the PowerShares WilderHill Clean Energy Index by almost 20% this year, but even still has fallen quite a bit:

The whole sector of clean energy has struggled since January 2008 for several reasons:
Amidst all of the downward pressure on the clean energy sector in the last 47 months, some important positive indicators continue to provide support for a positive outlook:
Feel free to contact us if you’d like to explore how renewable energy investments should fit into your overall financial plan and portfolio.
1.Graph of PBW from inception in March of 2005 up to its peak in December 2007, a 77.39% rise: