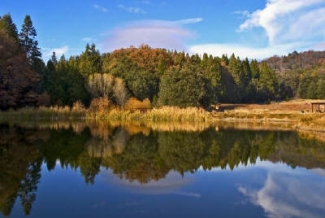 April 8, 2012 (Palomar) – It seems fitting that on Easter Sunday, we got word of a modern-day resurrection.

Rick Barclay chairs a foundation that’s been striving to save Palomar State Park from permanent closure in July, drawing help from many of our readers to fill the budget gap.  Today, he sent East County Magazine the following message of hope:

Fans of the park who have been putting off making a pledge or donation are encouraged to take advantage of a special opportunity that will end soon soon. Until the agreement is signed by the director of State Parks and becomes final, people who pledge or donate to Friends of Palomar Mountain State Park will receive the honorary designation of "Charter Supporter". After the agreement has been finalized, this category will be closed to new entrants. For more information, visit www.savepalomar.org.