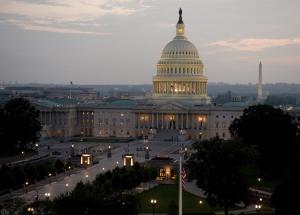 Conservative Republicans in Congress had sought to deny passage to a spending bill unless all funding for Planned Parenthood was eliminated.  That effort was blocked by House Democrats.  If no spending measure was passed by September 30th, the government would have shut down.

Now a stop-gap measure has been passed to fund the government –but only until December 11.   Republicans ultimately approved funding but convened hearings on Planned Parenthood controversial videos.

President Barack Obama signed the short-term spending bill, but warned that he will veto what he calls “short-signed” spending bills in the future. He called on wants Congress to assure long-term, stable funding for the U.S. government including both military and domestic programs.

The President urged Republicans not to hold a spending measure hostage over a single issue such as Planned Parenthood funding, noting that many liberals feel strongly on single issues such as gun control but that strong sentiments over any single issue should not be used to quote “wreck the economy.”