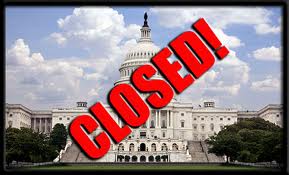 November 19, 2013 (Washington D.C.) -- Republicans in Congress are threatening to shut down the government if they don’t get what they want – the Affordable Care Act, or "Obamacare", defunded.

The House of Representatives will vote Friday on a bill to fund the government beyond the Sept. 30 budget deadline, but the bill would completely defund the Affordable Care Act, also known as Obamacare.

“We’ll deliver a big victory in the house tomorrow,” House Speaker John Boehner, R-Ohio, said during a press conference on Thursday. “Then this fight will move over to the Senate, where it belongs.”

The Senate is expected to simply pass a continuing resolution that would approve all parts of the bill except for the Obamacare defunding.

If House Republicans can’t get that bill through the Senate, they have threatened to let government funding run out rather than pass a bill or continued resolution that continues to fund Obamacare.

But Sen. Ted Cruz, R-Texas, said he “will do everything possible, and anything necessary, to defund Obamacare.”

Speaker Boehner, summarizing House Republicans’ stance, said that “Obamacare is driving up the cost of healthcare, it’s destroying millions of American jobs; it is a train wreck, it has to go.”

But supporters say Obamacare is providing healthcare coverage to millions of previously uninsured Americans and is projected to lower Medicare spending and the deficit.  It also prevents insurers from denying coverage due to preexisting conditions, among other benefits.

Despite Sen. Cruz’s promise to do anything to defund Obamacare, including filibuster if he has to, most Republicans in the Senate are opposed to the bill.

Sen. Bob Corker, R-Tenn., tweeted that shutting down the govt. in order to defund Obamacare “is a tactic that will fail and weaken our position.”

If House Republicans fail at defunding Obamacare over government funding, they will have another chance to attack the President’s healthcare law the following week.

In October, Congress will need to grant more borrowing authority so that the federal government does not default on the nations $17-trillion debt.

Speaker Boehner said, “The House will act on a plan to reduce the deficit. It includes the delay of the President’s health care law.”

53rd district Representative Susan Davis, a Democrat from San Diego, took the floor on Thursday to express her opposition to the House Republicans’ plan.

President Barack Obama today announced that he will veto the measure if it includes defunding the Affordable Care Act.

shutting down the repressive corrupt government in washington would be good for the country, not bad.  ms davis needs to speak with the people about the problems in DC.  I  am sure she is an obama supporter and demoncrat. time to cut spending and waste.  barry boy promised that, like it would ever happen.

as a thought, lets' shut down sacramento too.  can't hurt.