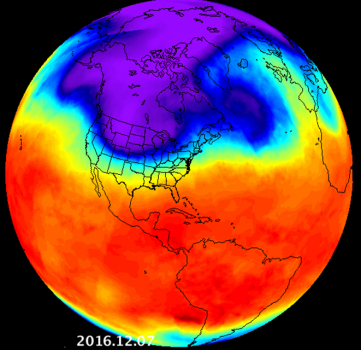 December 19, 2016 (Sacramento) -- Scientists have voiced alarm that the Trump administration might discontinue scientific research into climate science or even destroy decades of data amassed by the government.   But now, scientists and California’s Governor Jerry Brown are pledging a fight to assure that climate science facts don’t disappear into a black hole.

Trump, who has said he doesn’t believe in climate change, has nominated climate change deniers to head up key environmental agencies.

His transition team recently asked the Department of Energy for names of employees who worked on climate change issues or participated in international climate talks.  The Department refused to turn over those names and the Trump team later backed off on its demand, for now.

In addition, Trump’s advisor on space policy, Bob Walker, suggested in an interview with the Guardian newspaper that NASA should focus on deep space research, not studies of the earth.

Alarmed that decades of crucial climate measurements could vanish under a hostile Trump administration, scientists are now rushing to copy massive amounts of government data onto independent servers in hopes of safeguarding it for the future.  This includes data from NASA satellites that measure climate change.

The Washington Post reports that these efforts include a guerilla archiving event in Toronto where experts will copy irreplaceable public data, as well as meetings at the University of Pennsylvania focused on how to download and protect federal data before Trump takes office. There is also a website, ClimateMirror.org (http://climatemirror.org/ )  where scientists and database experts and collaborating to stockpile scientific information on climate science.

Saving existing data is one thing.  But if Trump’s administration shuts down satellites, how are scientists to know about future climate changes? 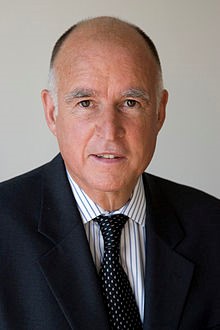 He reminded the scientists that he earned his nickname, Governor Moonbeam, the first time he was Governor for proposing that the state launch its own communications satellite, and even had an ex-astronaut on his payroll as a space adviser.

Then he promised, “If Trump turns off the satellites, California will launch its own damn satellite. We’re going to collect that data.”

Brown also pledged to protect the state’s famous science facilities from federal efforts to undermine them, such as Lawrence Livermore National Laboratory established by the University of California but funded largely by the U.S. Department of Energy.

As president of the Board of Regents for the University of California, Brown assured the scientists, “I am going to say, ‘Keep your hands off. That laboratory is going to pursue good science.’”

With an economy larger than all but six nations in the world, California is strongly positioned to protect—and if necessary, fund—climate science research for the future.