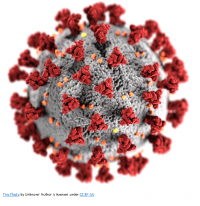 The Otay Mesa AT&T worker was sent home after falling ill March 2. Stores have been closed briefly to clean and sanitize the stores, and some have already reopened. The employee and family are under self-quarantine at the worker’s home in Orange County.  The city of Chula Vista states it believes current risk to the community is low, though it will coordinate with San Diego County to monitor the situation.

The first California death was an elderly patient believed to have contracted the virus aboard a Carnival Princess Cruise ship traveling from San Francisco to Ensenada, Mexico between Feb. 11 and 21. The patient was taken to a hospital in Placer County in northern California and later died. Those in close contact have been quarantined.

The ship cancelled its plans to dock in Ensenada and later sail to Hawaii.  Governor Newsom has ordered the ship and its current passengers to remain docked offshore at San Francisco with passengers and crew quarantined until testing is completed.  At least one other passenger has tested positive for COVID-19 and others are ill.

The new form of coronavirus was first diagnosed in China in December 2019 and has since spread around the world.

Los Angeles County declared an emergency after six new cases were diagnosed this week. The airline screener last performed medical screenings a week before falling ill and reportedly followed all appropriate procedures, according to Associated Press.

Most of the cases are linked to people who traveled to other countries with outbreaks, such as Italy, China, or Korea.

The statewide emergency declaration allows California to free up resources to help stop spread of the disease. Newsom earlier asked the Legislature to make $20 million available to respond to the virus and ordered the Dept. of Public Health to use reserve funds to buy millions of N95 masks to protect healthcare workers who may be treating coronavirus patients. The emergency declaration also allows jurisdictions to share data to better address spread of the virus.