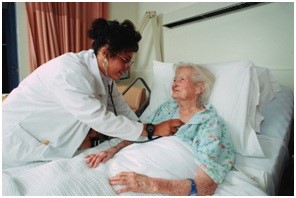 October 9, 2021 (Sacramento) -- This week, Governor Gavin Newsom signed into law five out of six reform bills that respond to the tragic conditions nursing home residents face in California and the growing public awareness during the pandemic that residents are often being neglected, abused, mistreated and exploited, as Cal Matters recently reported.

The Governor signed the following measures:

SB 650 (Stern) The Corporate Transparency in Elder Care Act requires nursing homes to submit annual consolidated financial reports so the public can see how its money is used.

AB 849 (Reyes) restores nursing home liability of up to $500 for each violation of a resident’s rights, undoing a damaging California Supreme Court decision that nursing homes could violate as many resident rights as it wants for $500.

AB 323 (Kalra) increases nursing home citation penalties and updates the standard for Class AA citations for violations that cause a resident’s death.

AB 1042 (Jones Sawyer) establishes shared liability for entities that share ownership or control of nursing homes when specified penalties or fees are unpaid.

AB 749 (Nazarian) requires nursing home medical directors to be certified by the American Board of Post-Acute and Long-Term Care Medicine within five years of the date of hire.

The Governor vetoed AB 279, a bill by Assemblymembers Muratsuchi and Santiago that would have imposed a temporary, partial moratorium on eviction of nursing home residents during the COVID-19 state of emergency by halting involuntary transfers of residents to other skilled nursing and intermediate care facilities. CANHR sponsored AB 279.

An additional PROTECT Plan bill, AB 1502 (Muratsuchi), The Skilled Nursing Facility Ownership and Management Reform Act of 2021, was turned into a two-year bill and is planned to be heard by the Assembly Health Committee in January. The bill sponsored by California Advocates for Nursing Home Reform would reform California’s process for screening nursing home owners and operators.