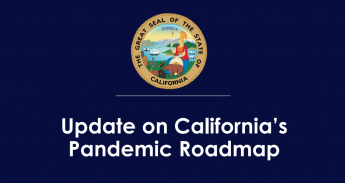 April 29, 2020 (Sacramento) – Low-risk businesses and public spaces may be able to open, with modifications, in “weeks, not months” Governor Gavin Newsom said in a briefing yesterday . He laid out a detailed plan to reopen the state in four phases, with six key indicators to be met in order to lift restrictions imposed during the COVID-19 health emergency.

California is currently in phase one, during which testing and hospital capacity need to increase. Employers should make plans to let sick workers stay home and make changes to work spaces to reduce risk of spreading the virus.

Phase two would allow lower risk businesses to reopen such as retail, offices that can’t operate remotely, and manufacturing as well as some public spaces. But it won’t be business as usual just yet. Retail may be limited to curbside pickup initially and restaurants may be required to have tables six feet apart, with servers wearing masks. Schools could also reopen as early as July or August, with social distancing and other steps to protect students and staff. Childcare centers could also reopen as workers return to work.

The fourth and final phase would allow venues that attract large crowds to reopen, such as stadiums, convention centers, sporting events and large concert venues.  These will stay closed until treatments for the coronavirus are developed, or until there is a vaccine or widespread immunity.

The six indicators that the state will use to determine when to lift restrictions include availability of testing for the virus, protections for vulnerable populations including the elderly and homeless, adequate hospital capacity, development of treatments or a vaccine, and ability to reimpose restrictions if there is a surge in cases.

In San Diego, many major events for next few months have already been cancelled including Comicon and other large conventions, the Pride Parade, all professional sports and concerts.

Cities or counties could have stricter requirements than the state, but could not have laxer standards for reopening busineses or public spaces.

Some rural counties have pushed to reopen sooner in places with lower rates of infection. Several rural counties in northern California have the lowest rates in the state, with death rates several times lower than some dense urban areas, the Sacramento Bee reports.  In San Diego County, COVID-19 cases have occurred in even the most rural towns, though the rates of confirmed cases in many of our region's rural, mountain and desert communities as well as on Native American reservations are generally lower than in urban areas, though little if any testing has been done in those areas.

He cautions that pulling back too quickly could “start a second wave that could be even more damaging than the first,” as happened in cities that reopened too fast during the 1918 Spanish flu pandemic. Doing so could undo progress made, delaying a return to normalcy even longer.  “The virus has not gone away,” he concluded.  “We by no stretch are out of the woods,” though there is light for some now in sight for some low-risk business owners and individuals eager to go out into public spaces within the next few weeks.