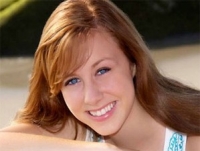 Chelsea King’s killer, John Gardner, was a paroled sexual predator who pled guilty to the murders of both King and Amber Dubois, an Escondido teen.

The bill was authored by Assemblyman Nathan Fletcher (R-San Diego). The new law creates a creates a "true one-strike life without the possibility of parole charge" for violent sex offenders who prey on children,” he said.

"Our children look to us for guidance and understanding of how our world should be," said Kelly King, mother of Chelsea. "In supporting and passing Chelsea's Law, you have shown them what is good and right and sound decision-making in government."

The measure drew praise from political leaders on both sides of the aisle. Senate Minority Leader Dennis Hollingsworth (R-Murrieta) thanked the Chelsea’s Light Foundation and residents from San Diego and throughout California for taking action to promote and pass Chelsea’s Law. He also praised Brent and Kelly King for turning the tragic loss of their daughter into greater public safety protections for all Californians.
.

“Your strength has been admired and quite frankly marveled at by so many people who have watched you. And now your strength is paying off with this milestone,” said Hollingsworth. “And this milestone means that there will be dozens, perhaps hundreds, perhaps thousands of families into the future that won’t have to go through what you’re going through.”

Assemblyman Marty Block (D-San Diego) issued the following statement: “Ensuring that our communities and children are safe is a core government responsibility and with Chelsea’s Law, we are strengthening our policies to protect our children from the threat of violent sexual predators. This legislation takes a smart, targeted approach with a one-strike provision, where we lock away these criminals and throw away the key to prevent repeat offenses and keep our communities safer.”

AB1844 was approved by the legislature as an urgency measure, which means it went into effect immediately after it was signed into law this morning by Governor Schwarzenegger.