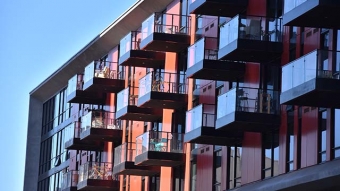 September 1, 2020 (San Diego) - Gov. Gavin Newsom signed legislation Monday to protect millions of tenants from eviction and property owners from foreclosure due to the economic impact of the COVID-19 pandemic.

Assembly Bill 3088 was passed by supermajorities in both legislative chambers, with both Democrats and a handful of Republican lawmakers supporting the bill while pleading for additional federal intervention.

“This new law protects tenants from eviction for non-payment of rent and helps keep homeowners out of foreclosure as a result of economic hardship caused by this terrible pandemic,” Newsom said. “California is stepping up to protect those most at-risk because of COVID-related nonpayment, but it’s just a bridge to a more permanent solution once the federal government finally recognizes its role in stabilizing the housing market.”

Under the legislation, no tenant can be evicted before Feb. 1 next year as a result of rent owed due to a COVID-related hardship that occurred between March 4 and Aug. 31 of this year. For a COVID hardship between Sept. 1 and Jan. 31 next year, tenants must also pay at least 25 percent of the rent due to avoid eviction.

Tenants are still responsible for making good on unpaid amounts to landlords, who may begin to recover this debt on March 1 next year. Small claims court jurisdiction was temporarily expanded to allow landlords to recover rent.

While tenants, landlord and banking groups all urged lawmakers to approve the bill, the compromise left some parties disappointed. Several prominent tenant groups are already demanding Newsom issue a new executive order to stop evictions for renters not financially impacted by the virus — evictions that could begin Wednesday.