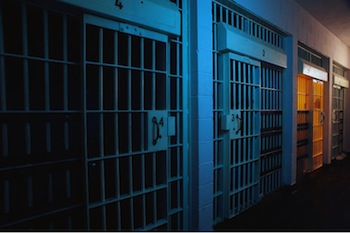 October 3, 2013 (Sacramento)—Many juveniles who were tried as adults and imprisoned before their 18th birthdays will be able to ask for parole after serving 15 to 25 years, depending on the severity of their crime.  The measure, Senate Bill 260, was signed into law in September by Governor Jerry Brown.

In San Diego, District Attorney Bonnie Dumanis has sought to try even very young juveniles for murder, notably a 10-year-old Lakeside boy accused of fatally stabbing a 12-year-old playmate. (A judge later found that child unfit to stand trial and sentenced him to a treatment facility.)

Not all juvenile offenders will qualify. The bill excludes serious sex offenders, juveniles sentenced to life in prison without possibility of parole, and those sentenced under the state’s “three strikes” law.

Parole would not be automatic for prisoners convicted as juveniles and would have to be approved by a parole board.

Supporters of the bill, including the American Civil Liberties Union and Human Rights Watch, says the measure gives juveniles an opportunity to prove they have matured and been rehabilitated, giving them a second chance.

Opponents, including some law enforcement organizations, argued it could lead to release of prisoners who might put public safety at risk.